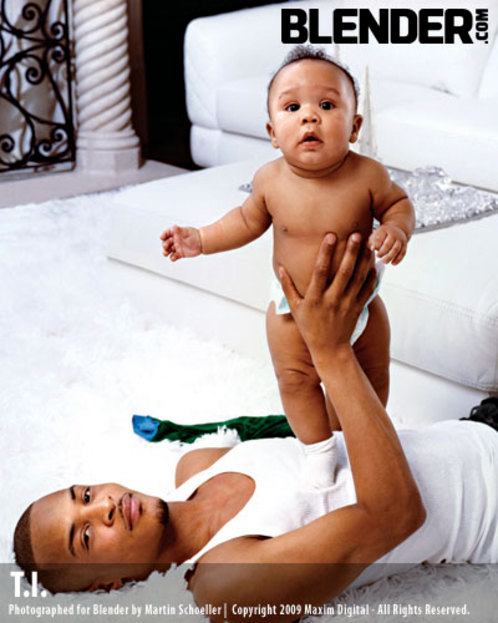 [Rapper T.I. and son in the latest issue of Blender magazine]

T.I and his 9-month-old son Major are in the latest issue of Blender magazine. In the issue, T.I. explains his kids names:

“My kids would be the best representation of what I meant to this Earth. As long as they (are) able to fulfil their dreams, then I did something right. “I want them to have high expectations. Ambition. And what better way than through their names? If people call you King, you’ll expect more of yourself.”

T.I has six children in all:Sons King and Major with long-term girlfriend and former Xscape singer Tameka ‘Tiny’ Cottle, and three kids, named Domani, Messiah and Deyjah, from previous relationships. He also has a stepdaughter (with Tiny Tameka) named Zonnique.

THE OBAMAS NIGHT OUT AT THE KENNEDY CENTER

THE OBAMAS NIGHT OUT AT THE KENNEDY CENTER