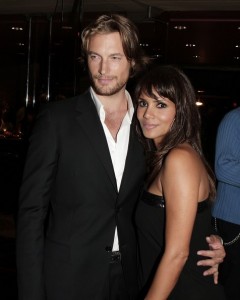 “I’ve never known anybody who’s had a single child [and] I’ve always been around big families,” adds Aubry, who comes from a family of eight children. “I believe in big families.”

Gabriel added that Halle Berry, 42, is “okay” with the idea of adding to their family.

Halle’s only daughter, Nahla Ariela, turns one in March and she has already started talking!

What were Nahla’s first words?

“I don’t want to say [what her first words were] but it was probably ‘dada,’ ” Gabriel says. “She doesn’t say ‘dad.’ She says ‘papa,’ which is the French version of it.”