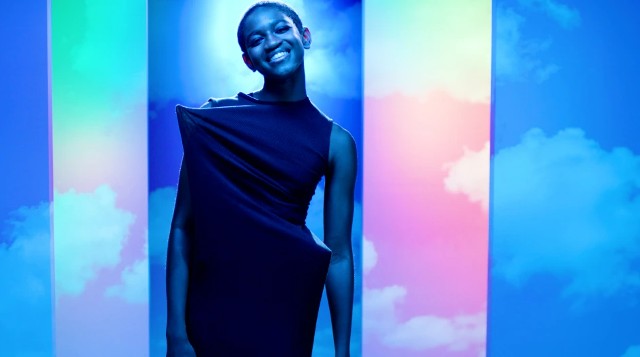 Fifteen-year-old Zaya Wade is speaking out more and more, opening up about her own personal truth. In conjunction with the official kick-off of Pride month, the teen is leading Logo30, a series that celebrates LGBTQ trailblazers, and is opening up about being a Trans Youth in the spotlight.

“Being my full authentic self feels like freedom,” Zaya said in a preview clip from the Logo30 series that was shared exclusively TODAY. “Being out and open and truthful about who I am to myself and others is just freeing. It’s a beautiful feeling to have and hold and to be able to share with the rest of the world.”

As a part of the series, Zaya is being honored as a trailblazer in her community by the LGBTQ entertainment brand Logo. Logo30, is an annual series that profiles entertainers, activists and more.

Zaya is the daughter of Dwyane Wade and stepdaughter of Gabrielle Union and both are extremely proud of their daughter and how she is growing into her own voice, staying true to herself while helping others to do the same.

Two years ago, Dwyane Wade told Ellen DeGeneres that, “Zaya, our 12-year-old, came home … and said, ‘Hey, so I want to talk to you guys. I think going forward, and I’m ready to live my truth,’” Dwyane told DeGeneres. “I want to be referenced as she and her. I’d love for you guys to call me Zaya.’”

And not only did they do as Zaya requested, but together as a family, they have been very passionate and open about their journey and acceptance of their daughter.

Zaya told the entertainment outlet that, “Transphobia still exists and is widely common. There are genuinely people out there who think that you’re a kid, this is a phase, or you don’t actually know what you’re talking about. I know that I’m trans and it’s not like one day I just went, ‘I want to try out being trans.’ No. So just suck it up. We are who we are.”

This is the fifth installment of the Logo30 series this year. Terron Moore, vice president and editorial director for MTV News and Logo, said in a recent press release that this year’s honorees are “shining examples of what it means to live a full life.”

He continued by saying that, “They are living loudly for those of us who need to see it, for those still on the journey to our true selves, and for those we lost before they got their chance.”

To see Zaya’s story for yourself, click here. She is unquestionably inspiration for those who need the hope and acceptance that she is using her platform to bring.