"I Ain't Looking To Populate The Earth Completely" 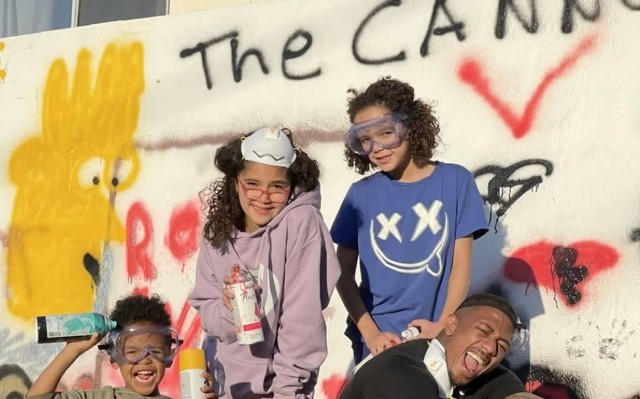 Nick Cannon is considering a vasectomy now that his eighth child is on the way. The entertainer recently shared his thoughts with Daily Pop by E! News.

“I already went and got my vasectomy consultation,” Nick shared. “I ain’t looking to populate the Earth completely, but I’m definitely looking forward to taking care and loving all the children that I currently have,” the celebrity father shared.

Nick Cannon confirmed his expectancy of a child with Bre Tiesi several months ago. The talk show host had recently shared his plans for celibacy before the revelation of Bre’s pregnancy went public.

“My therapist was one of the ones who said I should probably be celibate,” Nick told the press in January. “And the reason why is because I had shared that news about, you know, Bre being pregnant,” he added. “And then was like, ‘Yo, I don’t know what to do,'” the entertainer shared.

“I was trying to get a grasp. I was like, ‘I have a new show comin’ out.’ And then that was the reason why I started my celibacy journey back then.”

Some have criticized Nick Cannon for having so many children. The celebrity father, however, is proud to have his blended family.

“I don’t know if I would’ve designed it this way, but it’s one of those things when you’re blessed with the gifts of children,” Cannon shared with Daily Pop. “And as we all know, I’ve been through so much,” he added. “I find solace, I find peace in my children and I find purpose,” Nish said. “So, I’m not out here looking.”

Nick Cannon has two kids, Monroe and Moroccan, with his ex-wife, Mariah Carey. The celebrity father also has two children, Golden and Powerful, with beauty queen Brittany Bell. Nick’s twin sons, Zion and Zillion, with entrepreneur Abby De La Rosa arrived one month before his son, Zen, with Wild ‘N Out model Alyssa Scott. Bre Tiesi is expecting her little one to arrive in the coming days.