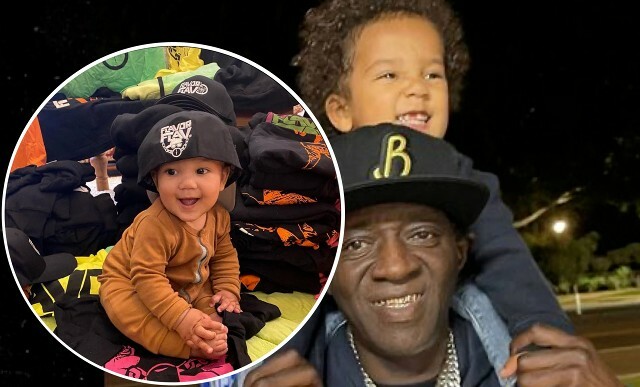 After years of battling it out in court, Flavor Flav and Kate Gammell have reached a custody agreement regarding their son, Jordan.

Recent court documents established paternity for Jordan, which was an issue that allegedly prevented the artist from providing financial support for his and Kate’s little one. Some may remember Gammell taking to Instagram two years ago to sell merchandise given to her by Flavor Flav in efforts to support their son. Paternity had been established months prior to Kate taking such bold measures. Flavor Flav, however, allegedly refused to step up to the plate as a father at the time.

Kate Gammell received both support and backlash for selling Flav’s old merchandise online. Some accused her of trying to get clout by embarrassing the artist. Others fully supported Kate’s mission as a parent. Wendy Williams weighed in on the matter at the time by insinuting that Kate was selling knock-off goods.

“That does not even look like a Flavor Flav,” Williams said on her show. “I’m not buying Flav merchandise unless it looks as authentic as these coveted clocks that I have,” Wendy declared.

Kate fired back at Wendy Williams for inferring fraudulence. “The merch was produced and is now being sold under a licensing agreement between Flavor and me,” Gammell shared.

“I need to recoup some of my costs for Jordan’s care since I am not receiving child support,” Kate added. “I will not even break even for the money I put into his merch as some of the hoodies cost almost $30 wholesale.”

Flavor Flav and Kate Gammell may have gone through their challenges in previous years, but it appears that the two have reached a medium for the sake of their son in recent months. Flavor is reportedly spending quality time with Jordan in addition to paing child support.

Jordan is one out of eight children Flavor Flav fathers.