Home » NEWS » DID PREGNANT RIHANNA HAVE HER BABY YET? 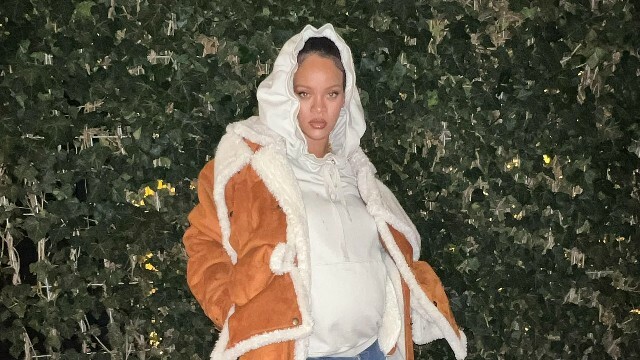 Did Rihanna have her baby yet? That’s what fans want to know after the musician turned beauty mogul missed tonight’s Met Gala. The pregnant star, who is said to be in her final trimester, was last seen supporting her beau A$AP Rocky at the Smokers Club Festival in West Hollywood on April 30, 2022.

Rihanna and boyfriend Rocky reportedly celebrated their baby with a rave-themed baby shower in Hollywood on Friday. A source told ET that the couple were surrounded by their closest family and friends as they celebrated the impending birth of their child.

“They flew out some family and friends from Barbados. Rihanna didn’t want a shower for just the ladies, they’re in this together, it was always going to be a joint celebration,” the source said of the “very intimate” event.

Rihanna and A$AP Rocky officially announced their pregnancy back in early February 2022. The duo have yet to reveal the sex of their unborn child. Rihanna has, however, been open about her pregnancy experience when speaking with the press.

“It’s a long nine to 10 months,” the ‘Take A Bow’ singer admitted during a recent interview with ET Online. “I’m trying to enjoy it as much as I could,” Rihanna continued. “And fashion is one of my favorite things, so, you know, we’re defying what it even means to be pregnant and maternal,” the celebrity further explained. “It can get uncomfortable at times and so you can dress the part and pretend.”

Some have criticized Rihanna for dressing provocatively while pregnant. The singer, however, refuses to let critics keep her from expressing herself through fashion.

“I’m really into pushing the idea of sexy,” Rihanna recently shared during a red carpet interview. “When women get pregnant, society tends to make it feel like you hide, hide your sexy, and that you’re not sexy right now [but] you’ll get back there and I don’t believe in that sh*t,” the celebrity added.

“So I’m trying stuff that I might not have even had the confidence to try before I was pregnant,” Rihanna continued. “The strappiest, the thinnest, and the more cut-outs the better for me.”

Rihanna and Asap are expecting their baby to arrive any day now.

'RHOA' PORSHA WILLIAMS SEES THE '2.0 VERSION' OF HERSELF IN DAUGHTER PILAR JHENA

'RHOA' PORSHA WILLIAMS SEES THE '2.0 VERSION' OF HERSELF IN DAUGHTER PILAR JHENA