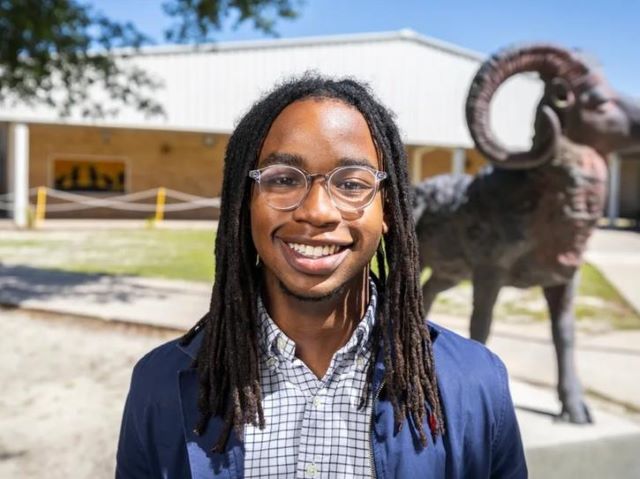 High school senior, Jonathan Walker is unquestionably celebrating an amazing milestone in his life. The Florida teen has been accepted into 27 universities with $4 million is scholarship offers.

“It was just a surprise just to see that they were interested in me and they wanted me to attend their institution, that they were offering me admission… it was just a ton of excitement,” Walker said during an interview with ABC News’ Linsey Davis.

Walker continued, ““Every school on my list, I could see myself there, and so I didn’t apply to anywhere that I don’t think I could be happy, so I just made a list and started to apply.”

The Panama City, FL student applied to colleges and universities that included Harvard, Stanford, Yale, University of Pennsylvania, and MIT.

Needless to say, the teen was very surprised when he was accepted into all of his choices. He told CBS Miami in an interview that, “It’s so crazy to think that I applied to all these colleges, and I got in. That’s such a rare thing to occur, but the fact that it did happen, I’m so excited about it.”

However, now that he has been accepted to all of his choices, the teen is working on narrowing the list down. “I’ve been able to narrow it down slightly…hopefully in the next couple of weeks, I’ll be able to make a pretty confident decision.”

Any of his choices would be unquestionably lucky to have him!

Walker was also voted homecoming king and is active in science club, the international Baccalaureate program, and the varsity football team. The amazingly diverse 18-year-old has also been working with a partner on a wrist device that allows people who are blind and deaf to communicate better with people. He said in his interview that he previously created a device which tackles prescription medication reminders.

It is no wonder that Walker is thinking engineering as a potential major alongside becoming an entrepreneur.

“I’m mostly interested in engineering as well entrepreneurship, hopefully going down like a nonprofit route, creating devices to help people. But I’m also exploring the possibility of creating my own major since I have a ton of different interests,” Walker said.

He continued, “My parents brought me a chemistry set a couple of years ago… I found a way to channel that curiosity into science and that soon blossomed into engineering. And then from there I really learned that I could use engineering to help people. And so I just became super interested in creating devices that could help disadvantaged communities and people going though difficult problems.”

Congratulations, Jonathan! We unquestionably know that this is just the beginning of your amazing journey, and we cannot wait to see what is next!