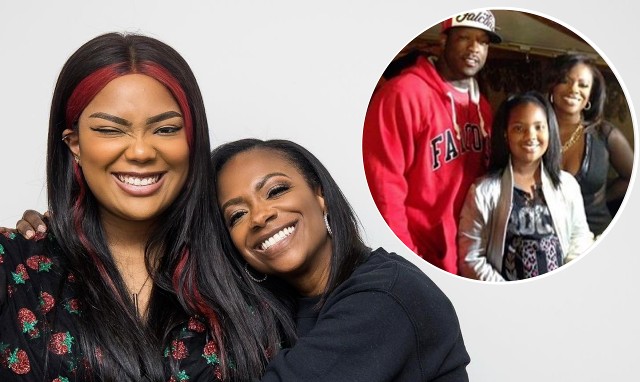 Russell “Big Block” Spencer is ready to talk about his co-parenting experience with his ex, Kandi Burruss. The producer recently sat down with Vlad TV to discuss his relationship with Kandi and their daughter, Riley.

“We cool,” Russell said of his relationship with Riley. “We’re coming along,” the producer added. “I don’t know what happened between 10 [through] 15 [years of age],” Spencer added.

Russell went on to explain what he believed led to his relationship with Riley being strained during much of her teen years. “I think a lot of people get in her head,” the celebrity father revealed. “There’s a lot of jealousy because all my kids live with me. I’ve got three daughters and three boys. Every last one of them lives with me except Riley,” Spencer told Vlad TV.

“Every last one of my kids lives with me from when they’re born until they graduate except Kandi’s [daughter],” the producer further explained. “I’ve got an accomplished name, [and I gave my kids who lived with me] a lot of stuff. And I think it’s a lot of jealousy because Riley wasn’t in that situation because her mom put me on child support.”

Fans saw a snippet of Kandi Burruss and Russell Spencer interacting with one another during Season 13 of the Real Housewives of Atlanta (RHOA). Kandi recently addressed her co-parenting relationship with Russell during an interview with Us Weekly. “There’s nothing really to discuss,” the celebrity said. “It’s like, OK, guess we’ll just figure it out.”

Kandi has accused her daughter’s father of failing to pay child support. Russell gave his account of the situation during his interview with Vlad TV.

The celebrity father went on to say, “I don’t need nobody to tell me to raise [my kids]. I never have. And I paid all the way.”

Although Russell Spencer admitted that Kandi Burruss never kept him away from Riley, the producer revealed his child’s mother also did not force their daughter to spend time with her father. “She never said, ‘No, this week you’re going over to stay with your dad.’ And I didn’t really pursue that because of the situation I was in. So I just took what she gave me, and it made me look like it did.”