"My Girl Be On Stage All 9 Months" 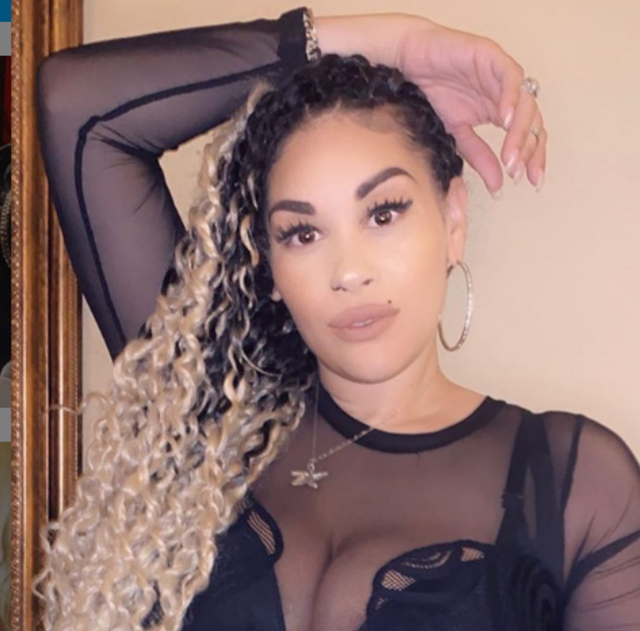 Keke Wyatt continues to amaze fans with her vocal abilities. Social media followers gave high praise to the recording artist after she shared a clip of herself singing at one of her recent shows.

“The show must go on,” Keke told her social media supporters. The singer was referencing her performance with the caption. Many fans agreed and commented on Wyatt’s ability to render a stellar performance while heavily pregnant.

“Do any of your kids know how to sing,” one social media follower asked. “They must ’cause you don’t hold back when they’re in your womb,” the supporter concluded. Another of Keke’s supporters wrote, “I very much think it’s soothing to her when she sings while pregnant because my girl be (sic) on stage all 9 months.”

Keke Wyatt is recognized as one with incredible vocal abilities that are noticeably strong while pregnant. “How are your lungs still working this well,” one fan asked after watching a portion of Keke’s performance this past weekend. ‘I couldn’t even breathe half the time.”

Keke Wyatt and her husband, Zackariah Darring, announced their expectancy of another child a few weeks ago. Keke later revealed her unborn child was diagnosed with Trisomy 13 to which some left negative comments about her pregnancy. Wyatt responded to the inappropriate remarks with a stern reprimand.

“For all of the disgusting people out there that are wishing ill on me and my baby. Say what y’all want about me, I’m used to it … No weapon formed against me will prosper anyway,” Keke said. “[But] an innocent unborn baby,” Wyatt asked. “Be careful putting your mouth on people,” Wyatt admonished. “I pray that God gives you grace when life comes knocking on your front door and you won’t reap what you are sowing.”

Keke Wyatt and Zackariah Darring are expecting their second child together to arrive in the coming months. The little one will make Keke a mom for the eleventh time.