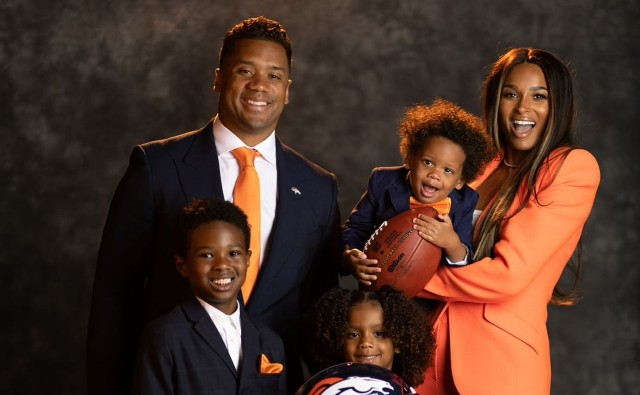 Ciara and kids were in full support of Russell Wilson as he got introduced as the new quarterback of the Denver Broncos on Wednesday.

Russell Wilson’s trade to the Denver Broncos from the Seattle Seahawks became official a few days ago. “The thing that really sets Russell apart is that he’s a winner,” general manager George Paton said during Russell’s introductory press conference. “No quarterback in their first 10 years in the league has won as many games as Russ,” Paton added.

“And here we are. We’re bringing him to a team that is talented, that is hungry, that just needs to learn how to win. And we feel like he’s going to get us to where we need to go.”