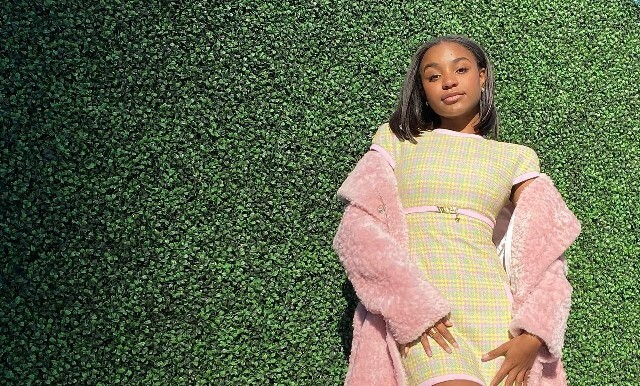 In an Instagram post back in April 2021, the King Richard star penned her gratitude for being a part of the Showtime anthology and for portraying someone that she truly admires.

“This first family is my source of inspiration. I am in divine gratitude to now be a part of their magnificent story. To portray you, Sasha Obama, makes my heart sing,” she wrote on her post. “@michelleobama @barackobama you are forever the gold standard. My mama @violadavis I am counting the seconds to see you again! @officiallexiunderwood so happy to have you as my sister Malia.”

In the upcoming series, Viola Davis and Saniyya Sidney will once again have the opportunity to work together. The pair starred together in the 2016 movie, Fences, a film adaptation of the classic August Wilson play. At the time, nine-year-old Sidney portrayed Raynell, a young child who Davis’ character eventually raises as her own.

Sidney told TODAY in a recent interview that it was a gift to work alongside the star again.

“Not only have I grown as an actress, but I’ve grown as a person,” Sidney said. “I got to sit down with Miss Viola and have, you know, grown-up conversations. It was really something special and something that I always cherish for sure.”

In addition to talking to the TODAY show about her upcoming Showtime project, she also spoke about her activism, as she is trying to make a positive change in the world by encouraging and uplifting young women by joining Care.org. The fifteen-year-old joined the altruistic organization for their #HerVoice campaign.

“It’s an amazing honor,” Sidney said in regards to becoming a part of the organization. “I grew up giving back, so to be part of this organization is something that’s so special to me, being that I’m a young woman. I think it’s so important to use my voice, and get to be a part of an organization that helps young girls and young women around the world.”

Sidney’s sense of activism has also spread to her next project where she will portray fifteen-year-old Claudette Colvin, a civil rights activist who in 1955 refused to give up her seat at the front of a bus in Montgomery, Alabama, for a white woman.

“Activism definitely does affect the roles I choose,” Sidney told TODAY. “I want to tell more stories. I love getting to dive deep into their story and get to know them and who they are and their heart. I fall in love with every character I play.”

If you haven’t seen the official The First Lady trailer, take a look below. Make sure to tune-in April 17 on Showtime to watch.

CRYSTAL SMITH POSES IN PHOTOSHOOT WITH HER AND NE-YO'S DAUGHTER