Home » NEWS » JEANNIE MAI GETS REAL ABOUT HER BREASTFEEDING JOURNEY

"I STILL Don't Make Enough Milk To Feed My Baby" 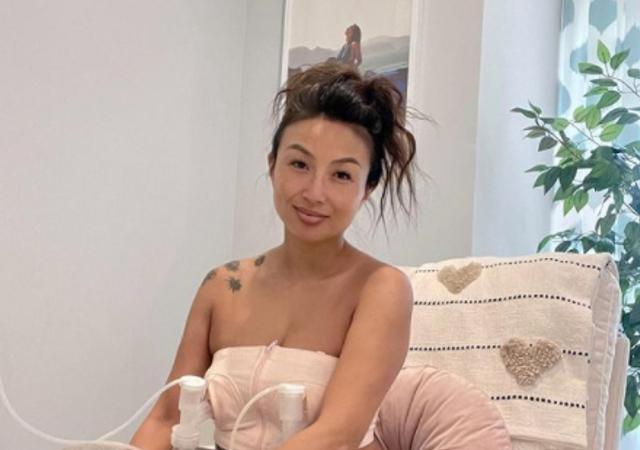 Jeannie Mai is ready to get real about nursing. The television personality took to Instagram on Friday (Mar. 4) to talk about her journey of breastfeeding thus far, which she described as more difficult than the labor and delivery experience.

“Been tackling this breastfeeding thing for two months,” Jeannie told her supporters. “Hands down, it’s been the most difficult part of this entire mom journey,” The Real co-host revealed. “I already HEARD it was gonna be, but I never imagined this. For me, it’s was even more difficult than giving birth.”

Jeannie Mai and her husband, Yeezy, welcomed their baby, Monaco, in January. The celebrity couple remained silent on the little one’s gender, though many speculated Jeannie and Yeezy welcomed a boy after watching Jeannie’s tour of the nursery.

“The day I gave birth, the nurse put Monaco to my breast and I got emotional about the colostrum that my breast naturally produced,” the new mom told her Instagram fans on Friday (Mar. 4). “I couldn’t believe nature took place so fast! I fell in love at first latch. I’ve never felt anything like that bond before, looking down at my body providing for this sweet face,” Jeannie told her social media followers.

“She said latch the baby every three hours, which will signal to my breasts to make milk, feed Monaco each side, 15 min left, 15 min right, and I will see breast milk increase. Well, not for me,” the celebrity mom told her supporters. “Two months later, I STILL don’t make enough milk to feed my baby,” Jeannie Mai admitted.

“I had to catch myself because it actually got to my mental, and things started to feel dark,” the new mom revealed. “Comparing myself to other moms, frustrated from the ups and down of pumping an ounce one day, nothing the next. And this is ON TOP of all the anxiety this journey can bring.”

The challenges she has faced while trying to produce more milk for her baby has helped Jeannie Mai appreciate the journey that is motherhood even more. “I have more respect for moms than ever in my life,” The Real co-host said in her message. “And I have to remember me included,” Jeannie Mai added. “Hugs to every mom out there.”