Home » NEWS » JENNIFER HUDSON AND SON HAVE AN ‘ALL-STAR’ WEEKEND

JENNIFER HUDSON AND SON HAVE AN ‘ALL-STAR’ WEEKEND 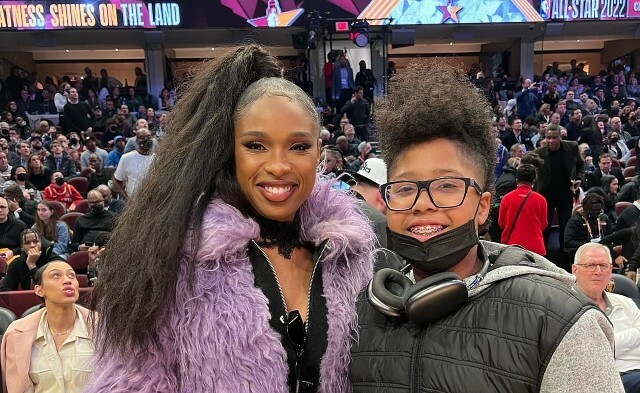 Jennifer Hudson had an all-star weekend with her son, David Otunga Jr. The Respect star recently shared pictures from her fun times at the game in Cleveland. 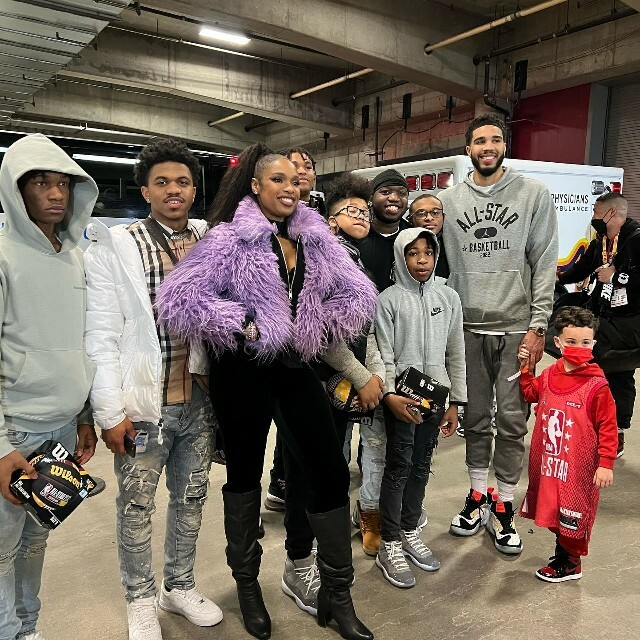 “I took all my children and we got up out of there and I’m so glad we did,” Jennifer told her Instagram fans on Sunday (Feb. 20). “We love basketball,” the celebrity mom said. “I can’t post them all but so many great memories will never forget!”

Jennifer shared several pictures of herself and David enjoying the game. The celebrity mom and her son even held the 75th-anniversary basketball that celebrated seventy-five years of the NBA.

“He’s going to remember that experience forever and ever,” one fan said. “Amazing.” Another social media follower said, “I absolutely love these photos! looks like your son shine had a good time.” 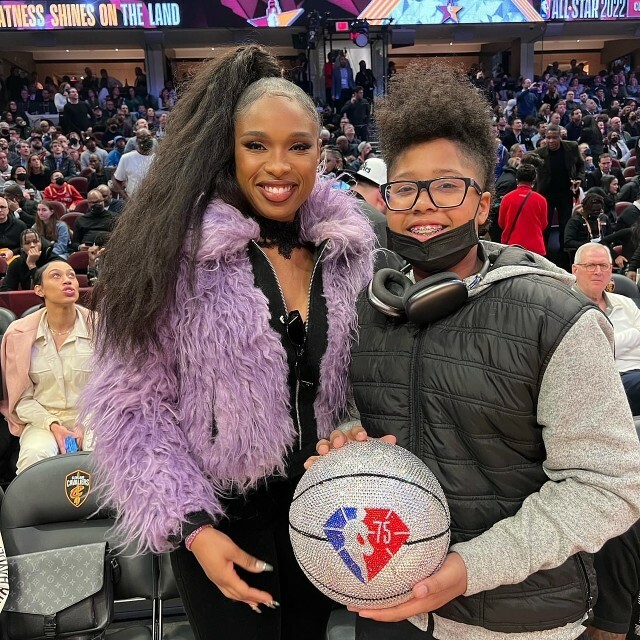 Jennifer Hudson remains the talk of Hollywood since portraying the late Aretha Franklin in Respect. “I first met Ms. Aretha Franklin in Merrillville, Indiana, when she allowed me to open up for her concert,” Hudson said during a recent interview with W. “Aretha said, ‘Don’t sing none of my songs.’ When I got to open up for her concert, she allowed me to sing my own songs, but I got to watch her perform her songs.”

Many remember Jennifer Hudson’s performance in Dreamgirls, which earned an Oscar win for Best Supporting Actress in 2007. Some thought Jennifer deserved an Academy Award nomination for Respect. The celebrity did not receive any nods for her performance in the 2021 film, though.

“I have an award wall in my home, and I now say it’s dedicated to the Dreamgirls era of my life,” Hudson said of her Oscar win in 2007. “The Oscar sits in the middle of the Emmy and the Grammy.”