It's A Secret, Though 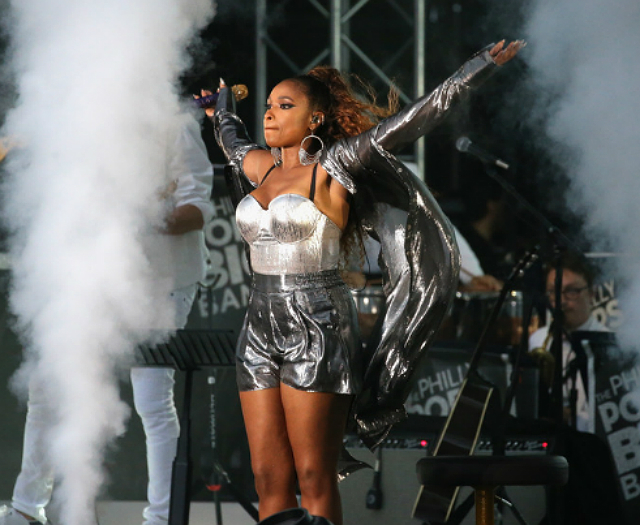 Jennifer Hudson and David Otunga have reached a custody agreement concerning their son, David Otunga Jr. E! News reports that the celebrity couple came to an agreement earlier this week regarding the matter.

Few things make me as proud as when my son applies what I taught him and he earns a PERFECT score! #HarvardBound #MiniD

“Jennifer Hudson’s long custody battle is finally coming to an end. She and ex David Otunga reached an agreement on Tuesday, nearly two years after they began negotiations. However, the details of their child support and custody agreement remain private at the behest of Hudson and Otunga. Both parties signed a gag order in 2017, meaning that they were unable to speak about the case to the public.”

Jennifer Hudson and David Otunga called it quits in 2017 after a decade of being in a relationship. Jennifer and David were seemingly happy for nine out of the ten years they were together, but Jennifer’s camp told the press that David had become rather violent during the final months of their relationship.

One instance of violence that particularly stood out to Jennifer occurred when David left a gun in plain sight at the family’s home. The professional wrestler claimed that the instance was merely an oversight. Jennifer, however, took the behavior as a sign because of David’s full awareness of her mother, brother, and nephew losing their lives due to gun violence back in 2008. Jennifer, therefore, called it quits and moved out of the family home with her and David Otunga Sr.’s son.

The dogs dressed up as the #JusticeLeague (Batgirl and Wonder Woman had a little tiff over their respective costumes, but they agreed to cooperate in the name of justice)

Hudson accused her ex-fiance of abuse and harassment. An investigation has since cleared David Otunga Sr. all such allegations. Stay tuned for more celebrity child custody news!