"A Special Time For Our Families" 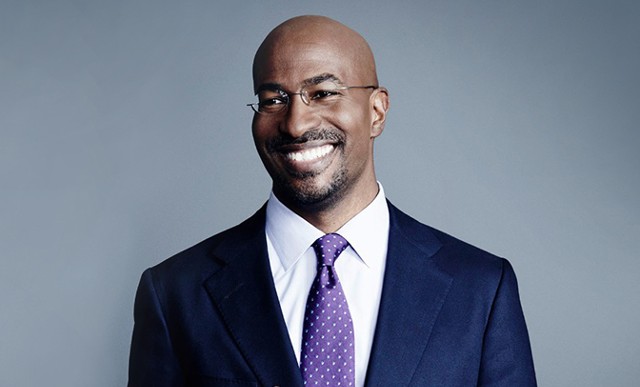 Van Jones and his friend, Noemi, have welcomed a child together. They plan to embrace conscious co-parenting for their baby girl.

“After the COVID lockdown, I got clear that I wanted another kid,” Van told the press in a statement. “I discovered that my friend Noemi also wanted a baby. So we decided to join forces and become conscious co-parents,” Jones continued. “It’s a concept that I hope more people will explore and consider,” the celebrity added.

“This month we welcomed to Earth a baby girl, whom we will raise as co-parenting partners,” Van said of his newborn daughter. “This is a special time for our families,” the journalist told the media. “I feel grateful, joyful, and blessed. As we create a safe and loving environment for this blessed young soul, I respectfully ask for privacy. Thank you for all the love and support.”

Van Jones and Noemi’s newborn baby made him a father of three kids. Van also has two sons, Mattai and Cabral, with his ex-wife, Jana Carter.

Jana and Van moved to divorce in 2018. Co-parenting was at the center of their ambitions. “Though we have decided to end our marriage, we still love each other very much,” Jones and Carter said in a joint statement. “We will continue raising our kids together, running our businesses together, and supporting each other’s growth,” the former couple said. “There is no beef or drama — just evolution.”

Some may remember Van Jones as the outspoken CNN journalist who was critical of former President Donald Trump’s election win in 2016. Van scrutinized the character of Trump after learning of the businessman’s win.

KID FRIENDLY ACTIVITIES TO ADD TO YOUR SUPER BOWL PARTY