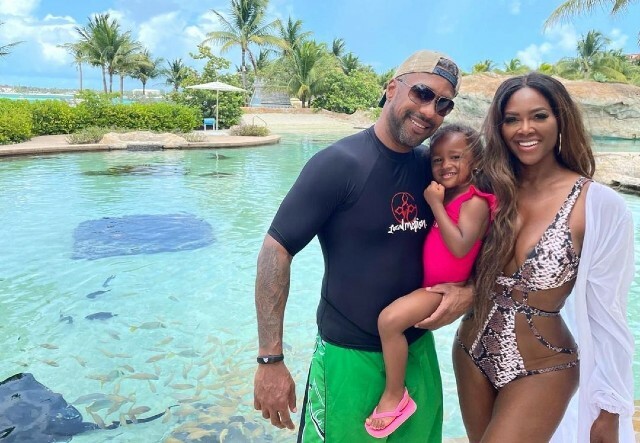 Real Housewives of Atlanta (RHOA) star Kenya More is divorcing her husband Marc Daly and requesting sole custody of their daughter, Brooklyn. The celebrity mom officially filed divorce paperwork in May of this year.

According to the documents obtained by Radar, Kenya and Marc were married on June 10, 2017. The couple separated on September 19, 2019. Kenya revealed that she and Marc have lived in a “bonafide state of separation since that date.”

Kenya Moore and Marc Daly’s marital troubles were showcased during Season 13 of the Real Housewives of Atlanta. Marc walked away from the cameras after his charity event did not go as planned. Kenya was upset that Marc failed to recognize the hard work she put into making his event a success. In fact, Marc did not acknowledge his wife at all during the ceremony.

Kenya believed she and Marc were in the middle of a fight when he stayed away from home the night of the event. She learned of her husband’s plans to file for marriage dissolution along with the general public.

Some criticized Moore for taking her husband back after he returned home in hopes of working out their differences. Kenya, however, explained that she was willing to do everything in her power to make the union work.

“I want to be happy, and I could have been happy in my marriage if I felt like Marc was in it to be happy as well,” Moore said of her union. “I stopped caring about my feelings,” Kenya shared of her decisions during her and Marc’s separation. All I was doing was trying to be everything he wanted me to be and work through everything as best I could to keep my family together,” Moore shared. “I have to do what’s best for [my daughter]. I don’t even care about me.”

Kenya Moore is petitioning the court for sole primary custody of her and Marc’s daughter, Brooklyn Daly. The little one celebrates her third birthday in November.