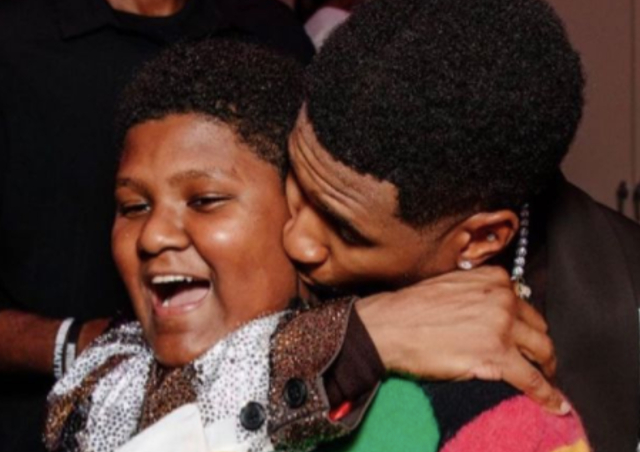 Usher is one proud father! The recording artist recently shared pictures from his fashion show, which featured his son, Naviyd.

“Usher is a good father,” one Instagram fan said after seeing a picture of Usher with Naviyd. “I love to see how he takes care of his children,” the social media follower shared. Another of Usher’s supporters wrote, “Like father, like son. So beautiful.”

Naviyd Raymond is indeed growing up before the public’s eyes. It was just last December that the youngster celebrated his thirteenth birthday. Usher wrote Naviyd a heartfelt open letter in honor of his twelfth birthday, which was sentimental for more reasons than a few.

“I love you son with all my heart,” Usher wrote to Naviyd. “You bring light to every room you’re in. You push everybody around you to get with the program,” Usher told his son. “You are thoughtful. You are faithful and I commend you for it.”

Naviyd is Usher’s youngest son with Tameka Foster. The recording artist has four kids – Naviyd, Usher V, Sovereign, and Sire – in all.