FANS SAY BOW WOW’S SON, STONE MOSS, IS HIS MINI ME: ‘YOU THE DADDY’ 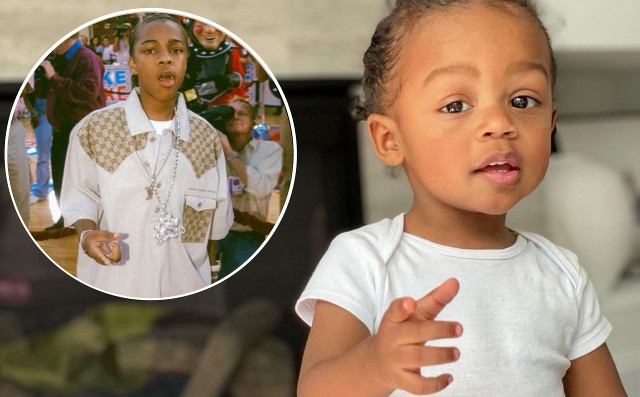 Bow Wow’s son, Stone Moss, is his father’s twin! The rapper recently shared a photo of his lil man and fans can’t believe how much the two year old looks like his dad.

“Wow..and I thought Shai was your twin. So adorable,” one commenter said

“Yeah you the daddy lol,” another one commented.

Bow Wow has been spending more time with his son of late. Just last week, the rapper shared on Twitter that his weekend plans included relaxing with his mini me.

“I’ll work and chill,” the rapper told his social media fans. “Spend time w[ith] my son and relax. And work some more.”

The musician also shared with his followers the two people that are most important to him. “Shai and my lil man. Its more than 1. Actually more than 2, “he said.

Many Twitter fans were shocked to see Bow Wow acknowledge his son, Stone Moss, with Olivia Sky. “Good,” one Twitter subscriber wrote after reading Bow Wow’s tweet. “He’s acknowledging him,” the fan said. Another social media follower wrote, “I see he’s back to claiming his son again! he’d better keep it that way!”

It was just last year that Bow Wow subtly denied fathering a son. The celebrity father told his fans that he was listening to “‘Billie Jean’ for the second time” when asked about his children. “Billie Jean” is a song by Michael Jackson that references the notion of a woman claiming a man to be the father of her son. The man, however, is not the child’s father.

Bow Wow made it clear that his daughter, Shai Moss, was his only child last year. Many fans could not understand why the rapper was seemingly denying his son after celebrating his little one’s arrival months before appearing to go out of his way to be the father of one child.

PREGNANT RIHANNA SHOWS OFF HER BABY BUMP IN BELLY-BARING OUTFIT