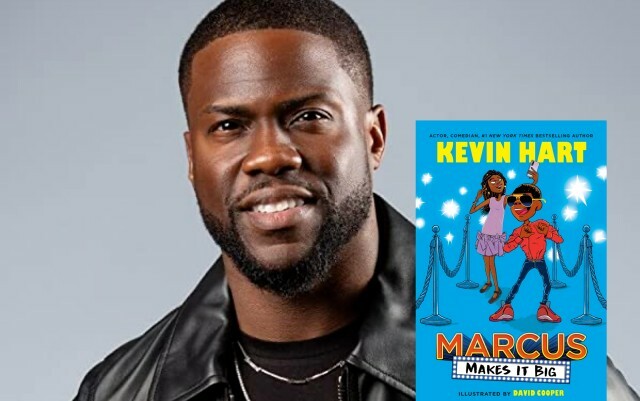 Young readers rejoice! Kevin Hart is coming out with another book for tweens called Marcus Makes It Big. The celebrity took to Instagram over the weekend to share excitement about his latest publication.

“Marcus is back,” Kevin exclaimed online. “Read more about Marcus making his Hollywood dreams come true as he learns that the only thing harder than making a movie is making a second one,” the celebrity father told his Instagram fans.

Kevin Hart recently discussed his middle-grade book series during an interview with Michel Martin of NPR. “I think the most important reason for me is that I’m in a position now in my life, in my career where you want to make sure that you are doing your part in giving back and providing information,” Hart shared with Martin.

“The story of Marcus and Marcus’s journey towards making a movie, it’s all filled with self-belief,” the celebrity revealed. “When you’re talking about this younger generation, I think that that’s something that we need to make sure that these kids really have, just the self-awareness and understanding of what they truly are capable of, and putting their mind to anything, they can achieve it and just win – right? – and become the best versions of themselves possible.”

Kevin’s kids were instrumental in helping the comedian bring all the right elements together to create the perfect character in Marcus. “My kids were definitely a part of this development process because, you know, that’s who I’m closest to,” Hart shared with Martin. “So seeing the world through their eyes now is – it’s a fun thing,” the celebrity continued. “It’s a fun thing because I remember the times when I was their age, and I get to equate my then to their now.”

Marcus Makes It Big makes its debut in bookstores in May. Learn more about the book here!