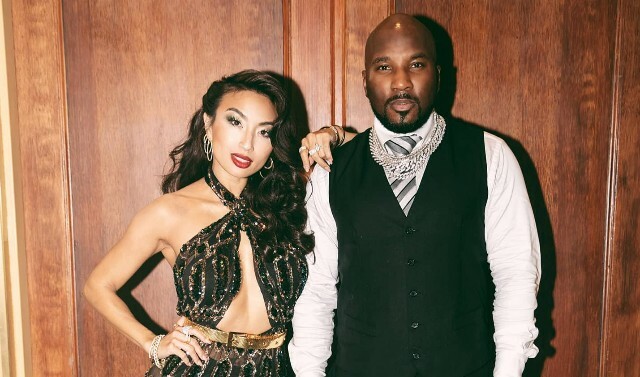 Jeannie Mai is responding to rumors that she and her husband, Jeezy, are planning to raise a “gender fluid” baby. The Real co-host recently commented on an article published by Sandra Rose that caught the attention of Jeannie’s co-host, Loni Love.

An insider reportedly shared Jeannie and Jeezy’s plans with Sandra Rose. According to the article,

“Jeannie Mai Jenkins and rapper Jeezy (Jay Jenkins), finally revealed their newborn child’s name. But the baby’s gender is still a secret because the baby is genderless.

Sources say Jeannie and Jeezy believe their child should decide what their gender will be. They say expressing one’s gender identity is a personal decision that a child should make on its own.”

By definition, someone who identifies as gender fluid does not conform to societal standards of having a fixed gender. The individual instead decides to follow the path that most resonates with them internally.

Neither Jeannie Mai nor Jeezy has officially shared the gender of their newborn child. The celebrity couple have, however, showed off their little one’s nursery, which gave many the impression that they welcomed a baby boy last month. Loni Love brought attention to the Sandra Rose article on Tuesday (Jan. 25).

“Lawwwd,” the talk show host shared on Instagram. “Jeannie will reveal Monaco’s gender Wednesday on @therealdaytime,” Loni shared with her social media fans. Jeannie Mai commented on the rumors by saying, “If doin’ the most was a post.”

Monaco is Jeannie Mai and Jeezy’s first child together. The stars commemorated the impending birth of their little one with two baby showers last year. Jeannie and Jeezy’s second shower carried the theme of a Winter Wonderland.

“How am I falling in love again … but this time with someone I’ve never met,” Jeannie said weeks before giving birth. “Baby J isn’t even here yet- yet bringing together our friends and family in a way only God can do,” the celebrity said at the time. “Thank you, thank you to all our friends who threw this shower of love. And thank you to the one and only @katrinaselegantevents who turned our home into a winter wonderland.”