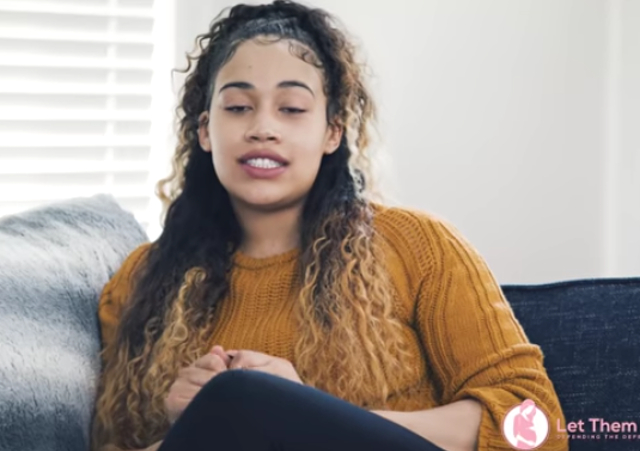 Did Bow Wow, real name Shad Moss, suggest abortion to his son’s mother? Yes, according to the youngster’s mother, Olivia Sky. The aspiring recording artist recently shared her story as part of a segment for Let Them Live.

“I was being kept at a distance during my pregnancy,” Olivia shared during the segment. “I was already in a bad place,” the young mother added.

Olivia Sky gave birth to her and Bow Wow’s son, Stone Moss, last June. The little one arrived months after his father allegedly tried to convince Stone’s mom to abort her pregnancy.

“His friend told me to be ready in the morning because she was going to take me for an appointment, a check-up,” Olivia shared with Let Them Live. “Then, when I got in the car, she switched it to an abortion. At that point, I just called him [and asked], ‘So what’s going on?’ … He acted like he didn’t know [what was going on].”

See what else Olivia Sky had to say about her pregnancy in the clip above!

NICK CANNON IS GOING TO 'TAKE A BREAK FROM HAVING KIDS'