Home » NEWS » ALEXIS SKYY CALLS BABY’S FATHER A DEADBEAT DAD: ‘ARE YOU EMBARRASSED OF HER?’ 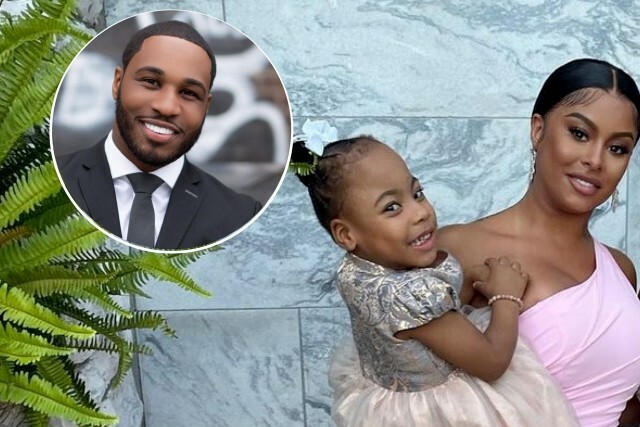 Alexis Skyy (sometimes spelled “Alexis Sky”) says her baby’s daddy, Brandon Medford, is a deadbeat dad who is embarrassed of their special needs daughter.  The model took to her Instagram stories on Tuesday to blast the father of her only child named Alaiya Grace. 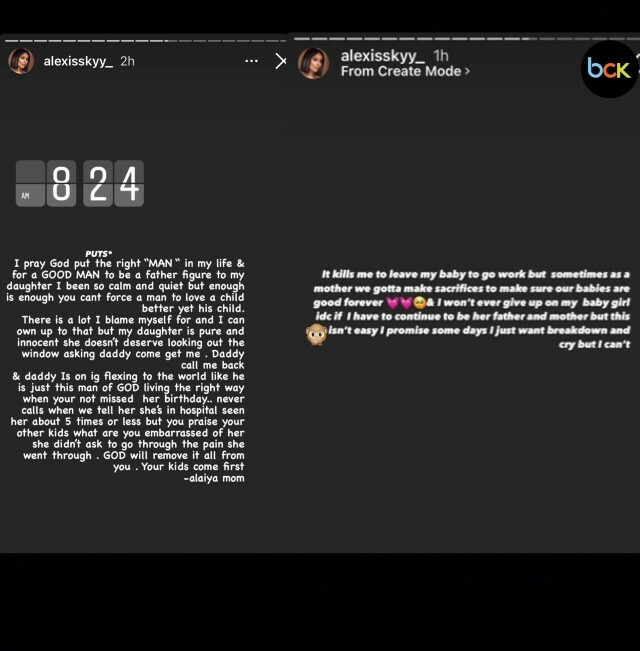 She began, “I pray God puts the right “man” in my life and for a good man to be a father figure to my daughter. I [have] been so calm and quiet but enough is enough. You can’t force a man to love a child better yet his child. There is a lot I blame myself for and I can own up to that, but my daughter is pure and innocent. She doesn’t deserve looking out the window asking ‘Daddy come get me.’ ‘Daddy call me back’ and  daddy is on Ig flexing to the world like he is just this man of God living the right way when your not.”

She continued, “Missed her birthday…never calls when we tell him she’s in [the] hospital. Seen her about 5 times or less, but you praise your other kids. What are you embarrassed of her? She didn’t ask to go through the pain she went through. God will remove it all from you. Your kids come first.”

Alexis later shared with her followers that it’s hard being a single mom.

She lamented, “It kills me to leave my baby to go work, but sometimes as a mother, we gotta make sacrifices to make sure our babies are good forever and i won’t ever give up on my baby girl. [I don’t care] if i have to continue to be her father and mother, but this [stuff] isn’t easy. I promise some i just want to break down and cry but i can’t.”

“I pray God wil open new doors for me and my career so i’m able to just give my child the time she needs. I’m tired of temporary situations that goes for friendship, business and relationship. Stay tf from me, everyone,” she concluded.

Brandon Medford revealed himself as the father of Alexis Skyy’s daughter in December 2020. Medford  commented underneath a picture of Alexis and Alaiya by saying, “Daddy’s Girl.”

For years, fans thought rapper Fetty Wap was the father of Alexis Skyy’s daughter. It was not until Fetty revealed that he was not Alaiya’s biological father, though he loved her as if she were his child, that the news of Alexis parenting her daughter with another man began to pick up steam.

We hope these two work out their issues for the sake of their daughter!