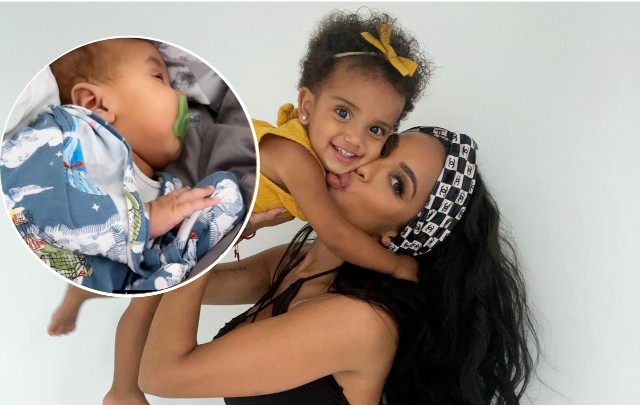 Erica Mena wants to clear the air after last night’s Love and Hip Hop: Atlanta (LHHATL) episode. The celebrity addressed the segment in which she was hospitalized while pregnant and in the absence of her husband and baby’s father. Safaree.

In the segment, Erica tells viewers that she never imagined she would be enduring the possibility of a premature birth alone. “There is no doubt about it [that] Safaree’s recent antics have made me become so stressed to the point that it’s extremely unhealthy for a pregnant woman,” Mena told viewers. “If [our son] is born this early he will be put in an incubator until it’s time for him to come home,” the celebrity revealed.

Erica Mena and Safaree’s son was born several weeks early and placed in NICU until doctors released the newborn from the hospital. Safaree, according to Erica and last night’s episode of Love and Hip Hop: Atlanta, was not present to support his wife during the experience.

“I would be lying if I said I wasn’t embarrassed by everything I was and [am] still going through,” Erica told her fans after last night’s episode of LHHATL. “But reading and seeing all your messages, it’s sad but comforting that I’m not the only one who has experienced what I went through during and after labor,” the celebrity shared with her fans.

“This postpartum [stuff] is HARD,” Mena exclaimed. “My babies [have] really been my source of strength,” she added. “Because in all honestly (sic), I don’t even know how I’m doing it. Today just so happens to be my strong day but yesterday wasn’t. Man, I’m just ready to heal though. Really heal.”

Some criticized Erica Mena because they believed she was working to keep Safaree away from his kids. Erica, however, clarified in a recent social media post that she would never keep her estranged husband from cultivating a relationship with their children.

“I seem to still be getting bashed by this false narrative that I wasn’t allowing my ex-husband into the delivery room,” Erica said of her labor and delivery experience of her and Safaree’s son. “When that was filed in court it was extremely surprising to me especially because I was in the hospital prior and no effort made to be present at all,” Mena shared with her supporters.

“So let’s clear this up once and for all. NEVER did I say or even think to not have him in the delivery room,” Erica Mena said in reference to a petition Safaree filed asking a judge to force Erica to let him be present for their son’s birth. Safaree’s request came days after Erica Mena filed to divorce her husband.

I seem to still be getting bashed by this false narrative that I wasn’t allowing my ex husband into the delivery room. When that was filed in court it was extremely surprising to me especially because I was in the hospital prior and no effort made to be present at all.

“Maybe due to a guilty conscience or a money-hungry lawyer on that end is what lead for that to even be filed in court,” Erica said of the petition. “Never been or will be the type to keep him from them,” the celebrity mom declared.

Safaree and Erica Mena’s son, Legend Samuels, was born on June 28, 2021. The former couple also has a daughter named Safire Majesty together. Erica Mena has three kids – Legend, Safire, and King – in all.