NICK CANNON SAYS SON GOLDEN IS ‘READY FOR HIS CLOSE-UP’ 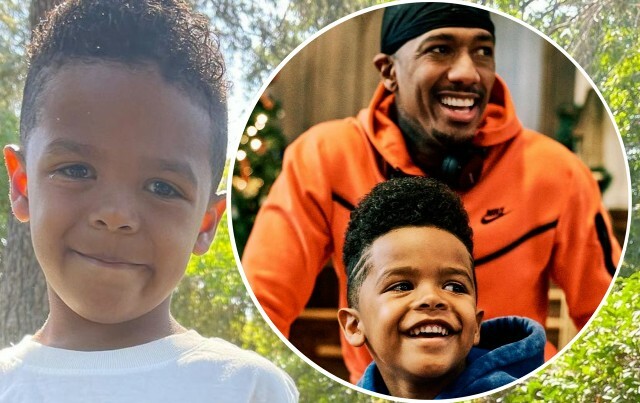 Nick Cannon’s son, Golden Cannon, is ready for his close-up! The youngster recently joined his father on the set of Miracles Across 125th Street this past weekend.

“Onset and Golden is ready for his close-up,” Nick said of his son joining him at work. “They grow up way too fast,” the celebrity father exclaimed. “#Miracles,” he concluded.

Nick Cannon has partnered with Kierra Sheard-Kelly and Karen Clark Sheard to bring a new Christmas film this holiday season. There are not many details about Miracles Across 125th Street outside of the fact that Cannon and executives are searching for individuals to portray teens in a choir they plan to develop onset. The film’s storyline has not yet been revealed but would be quite interesting if it closely aligned with the book Miracle On 125th Street by Empress Erika.

In Erika’s tale, Zahara Franklin is a single mother who struggles to make ends meets after the death of her parents and daughter’s father. Zahara is certainly not in the Christmas spirit as she views the holidays as another unnecessary expense. A series of unfortunate events leave Franklin and her daughter homeless and destitute, and then Ellington Thurgood III comes into the picture. Not only does the old man help Zahara in her time of need but he also helps the single mother understand the miracle that is Christmas.

Golden’s mom, Brittany Bell, took to Instagram last week to celebrate her 4-year-old starting the first grade two years ahead of the norm. “This Golden boy started first grade today,” Brittany told her fans on her son’s first day of school. “Of course, my mind flooded with all the memories of him as a baby leading up to today and I cried,” the proud mom shared. “I’m so proud of him,” Brittany exclaimed. “He’s ready.”

Golden is one of two kids Brittany Bell has with Nick Cannon. The beauty queen also has a daughter named Powerful with the veteran entertainer. Nick Cannon fathers seven kids in all.