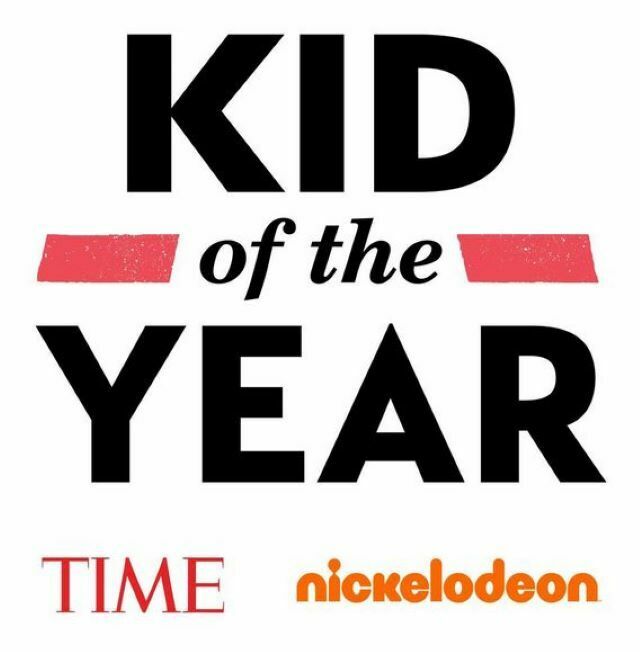 It is that time of year again. The TIME for Kids and Nickelodeon‘s Kid of the Year is right around the corner. Submissions close for the distinguished honor on August 31st!

According to a recent press release, the search has officially begun for the second annual Kid of the Year, a multiplatform honor recognizing extraordinary young leaders who are making amazing and admirable contributions in a range of fields, including social justice, science, education and more.

And of course, once again, the show’s executive producer and host, Trevor Noah, (The Daily Show with Trevor Noah), has signed on at the helm and will highlight five honorees, with one outstanding kid ultimately becoming TIME Kid of the Year. The luck winner will be featured on the cover of TIME and in additional coverage in TIME For Kids.

“The Kid of the Year recognition has helped me amplify my voice and gave me a global platform to share the need for innovation,” Rao said in the press release. “The entire process of selecting the honorees highlighted optimism, kindness, positivity, and shared the work of our generation. Each of us has different talents and we try to light up the community with whatever we can, and Kid of the Year showcases that talent and our ability to make a difference no matter how small it is.”

Do you know someone who deserves this honor? Well, now through Aug. 31, you can submit them! Nominations can come from parents, teachers and friends. Nominees have to fall between the ages of 8-16-years-old and have a dedicated focus on creating, standing up and helping to make the world a better place.

Each of the finalists will receive funds to further their respective causes and serve as a TIME For Kids Kid Reporter, with exclusive access to a Nickelodeon event. For additional information and submission guidelines, click here.

The Daytime Emmy® Award-nominated Kid of the Year TV special, produced by TIME Studios, will premiere on Nickelodeon in early 2022.

Good luck to all of those who are submitting!

ERYKAH BADU'S KIDS, PUMA AND MARS, LOOK ALL GROWN UP IN NEW VIDEO

'ANNIE LIVE' FOUND ITS STAR AND HER NAME IS CELINA SMITH!

'ANNIE LIVE' FOUND ITS STAR AND HER NAME IS CELINA SMITH!