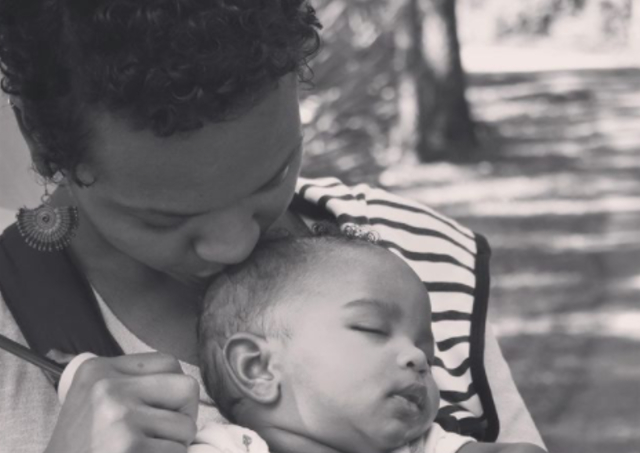 Syesha Mercado and her partner, Tyron Deneer, have been reunited with their infant daughter, Ast, after the little one was taken from the couple by Child Protective Services (CPS) in Florida. Ast was returned to her parents after a public outcry over a video clip Syesha shared on her Instagram page.

In the clip, Sheriff deputies accompanied officials from CPS to take Ast into custody on the side of the road. Syesha and Tyron attempted to explain the situation to the government officials. The Sheriff as well as those representing CPS, however, had a duty to carry out the judge’s order. Syesha pleaded with CPS anyway as Ast was taken months after her older brother, Amen’Ra, was turned over to child protective services.

“They stole our baby from us,” Syesha told her Instagram post that showed throwback clips of Amen’Ra with his parents. “Call it Medical Kidnapping, Legalized Kidnapping, but it was done and this major injustice is not just against MY family, but families all over,” Mercado said. “Some are suffering in silence. But we will NOT be silenced by this act of terror and injustice,” the American Idol alum declared.

“We are stronger, wiser, and more resilient because of it,” Syesha told her supporters. “It has pushed us into our MISSION to help others not become Victims to this corrupt system. We must protect our starseeds.”

Several celebrities rallied behind Syesha Mercado and Tyron Deneer after getting wind of their infant daughter being placed into child protective services. The couple continues to have strong support from the public in the fight for their son, who is reportedly in the care of an estranged relative, to return home.

You can learn more about Syesha’s story and donate to her legal fund to bring her son home here.