"It's Pandemonium In The House" 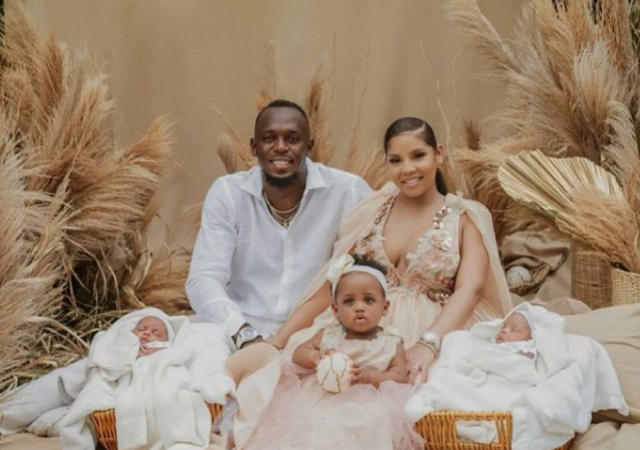 Usain Bolt believes parenting three small children is more challenging than preparing for and competing in the Olympics. The gold medalist tells PEOPLE exclusively about his home life with his girlfriend, Kasi Bennett, and their three children.

“[It’s harder] being a father of three, of all of them, especially when they’re crying,” Bolt says when comparing his life as a dad to that of his time as an athlete. “It’s great, but everybody’s crying,” the celebrity added. “It’s pandemonium in the house.”

Usain Bolt competed as a sprinter for years before retiring from the sport in August 2017. He and his girlfriend welcomed their first child, Olympia Lightning, last July. Kasi and Usain introduced their twins, Saint Leo and Thunder, last month.

“It’s a lot more time-consuming, but I enjoy it,” Usain says of his life as a father of three kids. “It’s always a challenge, and now I’ve had help from my parents and my significant other’s parents also,” the retired athlete shares. “So, it’s not as crazy, but I’m enjoying it. I’m looking forward to them just growing up and just having fun.”

Some look at Usain Bolt’s incredible career as an athlete and automatically assume his kids will follow suit. “I’m sure they’re going to be tall, I can tell,” Bolt says of his kids’ development. “When they get their checkup, they’re like, ‘Wow. They’re really growing. They’re going to be tall.’ So, I know that much,” he adds.