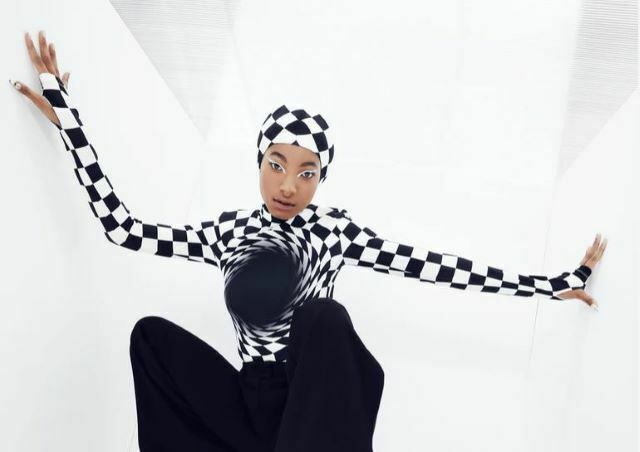 Willow Smith is one of the most prolific people in #younghollywood today. Actress, model, musician, activist are some of the titles that describe this amazing young talent. Recently, Smith sat down with Nylon Magazine to talk “Lately I Feel Everything,” and more in an exclusive interview.

Take a peek below at a few snippet highlights from her interview.

If you haven’t heard, Smith’s newest project, “Lately I Feel Everything,” is a compilation of punk-rock royalty. Smith was able to team up with musicians such as her idol Averil Lavigne and Blink-182’s drummer Travis Barker.

“I was like, ‘Yo, I’m sh***ing my pants,’” Smith told Nylon. “Like, this is crazy. How is this even possible? Just infinite gratitude to both of them because they’re honestly pop-punk royalty.”

The resurgence of pop-punk is well-underway and Smith is helping to lead the efforts.

In addition to helping lead the resurgence of pop-punk, on “Lately I Feel Everything,” Smith is able to convey who she really is through song.

The song she recorded with Lavigne, “Grow,” is a lyrical tribute to not only Smith’s talent but her spirituality. “We’ve both been through a lot in our musical careers, and we’ve had to do a lot of growing and a lot of evolving,” Smith explained. “And I just wanted to put a testament to that. … The lyrics of pop-punk songs that sound like that aren’t usually that insightful, so I wanted to mix my two worlds — like, this super philosophical and spiritual world with this, like, angsty world. I think we did a pretty good job on that.”

This seems like a pivotal project for the talented younger Smith. She is open, emotional, and raw…just like the music she loves.