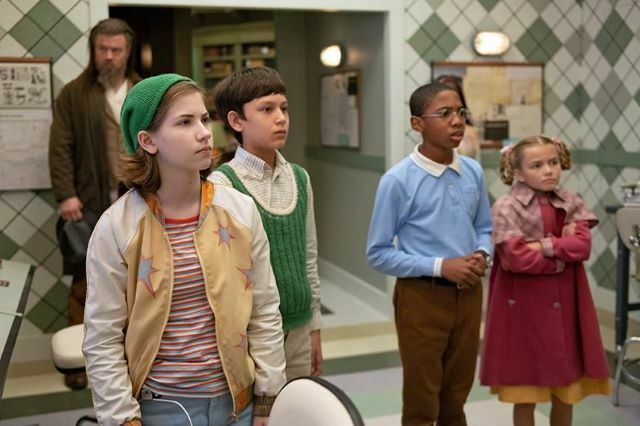 Summer is officially here and kids are at home looking for something to do. Parents, Disney+ has dropped some new titles for June and your kids will definitely be excited to binge!

The streaming giant will debut a brand new Marvel series, Pixar film, and much more. Take a look at some of what is coming to to a TV near you!

The long-awaited Marvel series should be on the top of everyone’s watch-list. Loki, the god of Mischief, steps out of his brother’s shadow to embark upon adventure. Want to know what to expect? Well, here’s a summary of the upcoming series.

Premise: After stealing the Tesseract during the events of Avengers: Endgame (2019), an alternate version of Loki is brought to the mysterious Time Variance Authority (TVA), a bureaucratic organization that exists outside of time and space and monitors the timeline. They give Loki a choice: face being erased from existence due to being a “time variant”, or help fix the timeline and stop a greater threat. Loki ends up trapped in his own crime thriller, traveling through time and altering human history.

This original Disney Pixar movie stars the voices of Jacob Tremblay, Jack Dylan Grazer and Emma Berman. Luca, according to IMDb, follows the story of an unlikely but strong friendship that grows between a human being and a sea monster disguised as a human on the Italian Riviera.

The Mysterious Benedict Society is based on a YA book series by Trenton Lee Stewart. The adventurous new series will take viewers on twists and turns as it follows the lives of four orphans who are mysteriously summoned to a boarding school simply known as “The Institute.”

Want to know more? Well, here’s a synopsis: After winning a scholarship competition, four gifted orphans are recruited by the peculiar Mr. Benedict for a dangerous mission to save the world from a global crisis known as The Emergency. Reynie, Sticky, Kate, and Constance must infiltrate the mysterious L.I.V.E. Institute to discover the truth behind the crisis.

Parents, what are you looking forward to secretly binge watching with your kids? Let us know! We want to hear from you!