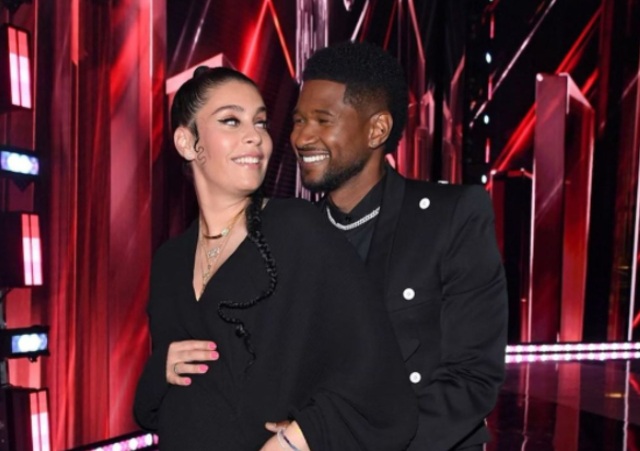 Congratulations to Usher and his girlfriend, Jennifer Goicoechea, who are expecting their second child together. Jennifer took to Instagram on Thursday (May 27) to celebrate her family’s expansion.

“‘Another One’ in my @djkhaled voice,” Goicoechea captioned underneath a series of pictures that showed her and Usher in absolute love. “Congrats Jenn,” one fan said. Others wrote remarks along the same lines.

Usher and Jennifer Giocoechea are already parents to their daughter, Sovereign Bo, who was born last September. Usher recently explained the significance of his daughter’s name.

“So, Sovereign, man, is such a beautiful word and name to me, you know, a supreme ruler is obviously the defined name,” the celebrity father said during a recent interview with Extra. “She’s definitely ruling the household, but Sovereign Bo — Bo is at the end of it, so [she’s] my little ‘reign-bo,'” Usher declared.

Sovereign Bo is Usher’s first girl. The celebrity father also has sons, Usher V and Naviyd, with his ex-wife, Tameka Foster. It was just last December that Usher and Tameka celebrated their youngest son Naviyd’s twelfth birthday. The tween’s older brother turned 13-years-old the month before.

“I love you, son, with all my heart,” Usher wrote to Naviyd. “YOU are my favorite 12-year-old,” the celebrity father said. “Bold and courageous … you bring light to every room you’re in. You push everybody around you to get with the program,” Usher wrote to his son. “Thank you for pushing me to post more. If I’d only listen,” the celebrity father mused.

Usher also doted on his oldest son on his birthday. “Well there it is … I’m 13 years older … than you,” the celebrity father joked. “I love you Kiddo,” Usher wrote to his son. “You are my favorite 13-year-old in the world. Thank you for not forgetting where you came from. You growing every day into the young man I knew you had it in you to be. Here’s to another one. I love you until the end.”

Usher and Jennifer Giocoechea are expecting their second child to arrive in the coming weeks.