Home » NEWS » KYLIE JENNER: ‘BECOMING A MOM WAS THE BIGGEST CHANGE FOR ME’

KYLIE JENNER: ‘BECOMING A MOM WAS THE BIGGEST CHANGE FOR ME’

"I've Grown So Much As A Person" 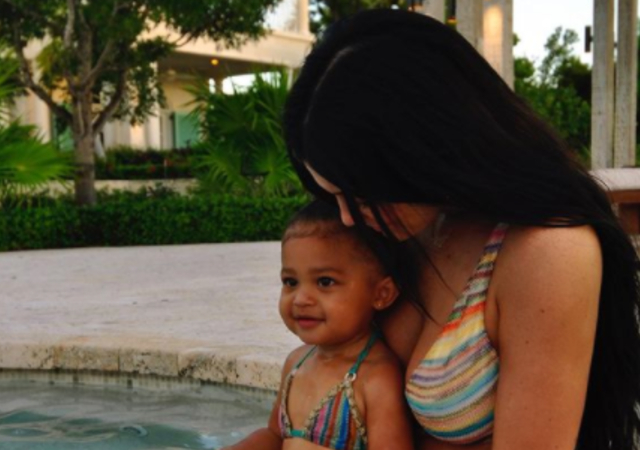 Motherhood has transformed Kylie Jenner in ways she never imagined. The Keeping Up With The Kardashians (KUWTK) star tells Tmrw Magazine how her daughter, Stormi Webster, has helped her mature.

“Becoming a mom was the biggest change for me,” Kylie says. “I’ve grown so much as a person and I continue to grow every single day,” the celebrity mom shares. “I love learning and I’m trying to be the best person I can possibly be. It’s been such a challenging year but the silver lining was that I had so much more time to spend with my family.”

Kylie Jenner welcomed her daughter on February 1, 2018. The celebrity kept her expectancy a secret to prepare for the impending birth of her little one. Kylie had Stormi’s father, Travis Scott, with her for the entire pregnancy journey. The KUWTK star now parents alongside her daughter’s father.

“We have such a great relationship,” Kylie tells Tmrw Magazine. “We’re like best friends,” the celebrity mom further explains of her relationship with her daughter’s father. “We both love Stormi and want what’s best for her. We stay connected and coordinated. I think about [my parents] in situations with Stormi, what they would do. They were very hands-on with me, and I want the same for Stormi.”

Wanting what is best for Stormi includes letting her be exposed to the good, bad, and ugly aspects of stardom. “The world is just so crazy now,” Kylie says of teaching Stormi how to navigate life as the daughter of a socialite. “Exposing her to all of the negativity that comes with the Internet, I think about that too,” the KUWTK star admits.

“I’m just trying my best, even though she’s still little, to remind her how blessed we are and that this isn’t normal, the way we live,” Kylie adds. “It’s just our life.”