"The Happiest Day Of My Life" 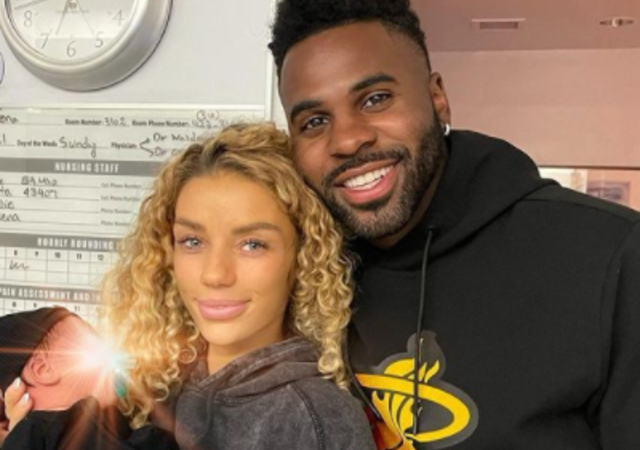 Congratulations to Jason Derulo and Jena Frumes who welcomed their son on Saturday, May 8, 2021. The new parents took to Instagram earlier this week to celebrate the arrival of their little one.

“The happiest day of my life bringing our baby boy (Jason King Derulo) home,” Jason told his social media fans. “He’s so lucky to have such a strong caring hero of a mother,” the celebrity father doted.

Jena Frumes also took to Instagram to celebrate the birth of her son. The new mom shared a series of pictures that gave a snippet of what her life has been like since welcoming her little one.

“A glimpse of my first week with our healthy handsome little king,” Jena told her social media fans. “Life now has so much more meaning and I am so grateful,” the entrepreneur said. “I’m so so so in love with this little boy. He’s everything I never knew I needed,” Jena shared.

Jason Derulo and his girlfriend announced their expectancy of a son a few weeks ago. The news came in the middle of Jason experiencing a career revival thanks to his activity on TikTok.

“There’s literally no rules,” the recording artist said of his TikTok popularity. “And I love that about it,” he added. “It’s a very even playing field. Anybody can go viral tomorrow.”

Jason King Derulo is Jena Frumes and Jason Derulo’s first child together. You can follow Jason on TikTok at @jasonderulo. Check out Jena’s business ventures on her website.