MONICA AND HER KIDS ENJOY SPRING BREAK IN ORLANDO

"No Time Better Than Family Time" 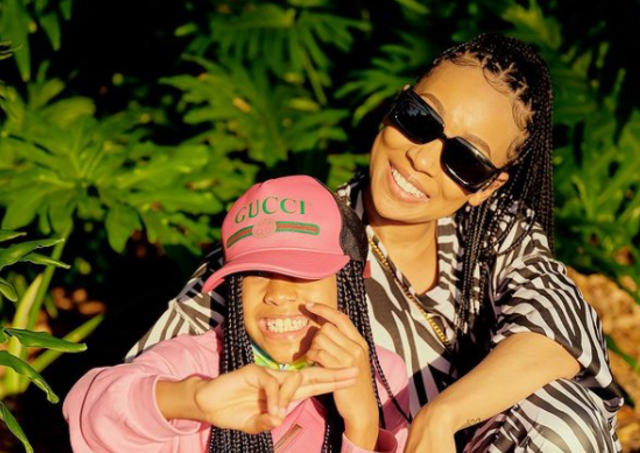 Monica is enjoying a bit of rest and relaxation with her kids. The celebrity mom and her daughter, Laiyah Brown, shared photos and video clips of their trip to Orlando, Florida, this past weekend.

Laiyah uploaded candids of time spent at the Four Seasons Resort at Walt Disney as well as at SeaWorld Orlando. The youngster was with her mom in the pictures and they were both the stylish pair. “It’s Spring Break and we’re having a ball,” Laiyah told her social media fans.

Monica also shared precious moments from the family’s trip. The celebrity mom uploaded a video collage that showed snippets from her time spent with the kids at Universal Studios in Orlando. “No time better than family time,” Monica told her social media fans.

Monica has sacrificed much to spend quality time with her kids down through the years. The singer delved into why she chose to parent over recording music at one point on her journey during an interview with PEOPLE.

“I won’t not see my children — nothing is that important to me,” Monica said. “So if it means that on Fridays when school lets out my mom flies [my kids] into where we are and they catch three shows and fly back, then that’s what we’ll do.”

Monica has two kids, Romelo and Rodney Jr., with producer Rodney “Rocko” Hill Sr. Her daughter, Laiyah Brown, is with her ex-husband, Shannon Brown. It was just last year that fans got an inside look at how Monica and Shannon’s divorce affected her emotions.

“I kind of feel weird though celebrating because my divorce is finally happening for real for real,” Monica said during an episode of T.I. and Tiny: Friends and Family Hustle. “That’s a real-life failure to me,” Monica told Toya Johnson who was celebrating her 2016 divorce from Mickey Wright with a “How To Lose A Husband” birthday party.

Toya ultimately delved back into the world of relationships and marriage with her engagement to Robert Rushing. Monica has not gotten her feet wet again in the relationship pool.