"The Best Part Of Me" 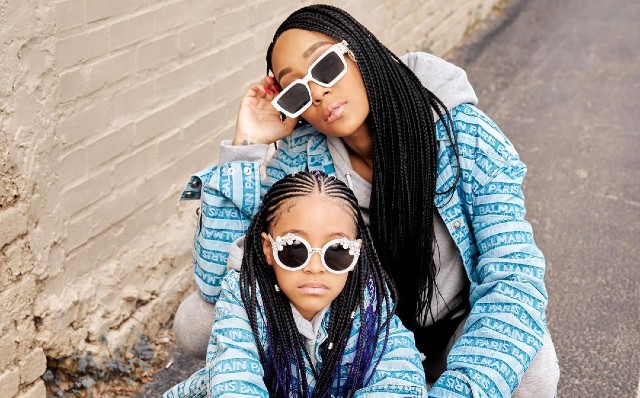 Singer Monica is twinning with her daughter, Laiyah Brown, in new pictures. The celebrity mom shared candids from her latest photoshoot with her “mini-me.”

Everything from Monica and Laiyah’s hair to the mother and daughter’s outfits matched. The celebrity mom and her little one even had identical eyewear that made the shot even more significant.

“I know you must walk your own path but let my love be the light that guides you FOREVER,” Monica wrote to her daughter. “@laiyah, you and your brothers are the best part of me.”

Monica has leaned into her children’s love to get through the difficult parts of life. It was just a few months ago that the recording artist gleaned from the support of her kids while going through a very public divorce. Monica and her then-husband, Shannon Brown, were married for nearly ten years before calling it quits. Monica filed for marriage dissolution, which prompted her youngest son, Romelo, to ask if she could stop the proceedings once they were in motion.

Honesty has caused Monica to build a strong bond with her kids. “I’m dedicated to my children and who they’re becoming,” the celebrity mom told her Instagram fans earlier this week. “They will always be encouraged and supported,” the singer said.

5 WAYS TO TO GROW YOUR BABY'S BRAIN

KENYA MOORE SAYS DAUGHTER IS HER 'BEST PRESENT' FOR HER BIRTHDAY

Rev Run Simmons is going to be a grandfather for the fourth time! His eldest...

Ziggy Marley and his family has teamed up with Appaman and Nordstrom  to create a...

Bobby Brown, his wife Alicia Etheredge and their kids are on a much-needed vacation in...

KENYA MOORE SAYS DAUGHTER IS HER 'BEST PRESENT' FOR HER BIRTHDAY