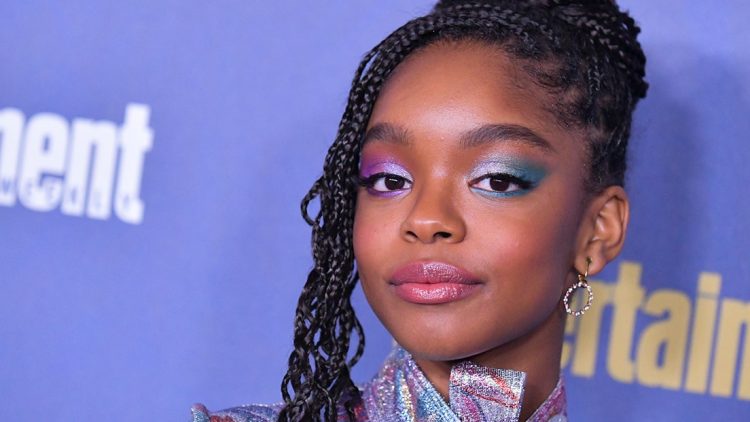 Marsai Martin has a rule when it comes to production-“No Black Pain.”

“I have a couple of rules when you come into my office… I don't do no Black pain. If it's Black pain I don't go for it because there's so many films and projects about that, so that's not who I am” pic.twitter.com/cflaJG7Zj1

Martin’s statement to THR is extremely timely and relevant in the face of current discussions and debates regarding the Black experience and trauma and the exploitation thereof. Although Black writers and filmmakers strive to go beyond the status quo, many are finding that Tinseltown isn’t rushing to include stories beyond those of suffering and sadness.

With stories like her upcoming Disney collaboration, Saturdays, Martin is changing that. She is not exploiting Black pain, but celebrating the person behind it.

Marsai, thank you for creating Black disability representation with a Black disabled girl character as the lead.

This is the highlight of my day. https://t.co/NzpsOD0K79

“We’ve been working on it for quite a while now,” Martin said about the upcoming project in her interview. “I’ve always wanted to have just a cool activity that like us Black people love—like everyone loves it but the aesthetic of roller skating is just amazing and it just doesn’t get the recognition that it needs. I just wanted to shine a light on it. Then also, sickle cell is a very big thing in our Black community, it tackles us the most. It’s never been seen on TV or film before so I wanted to make sure this was a moment to shine a light on it—in not a bad way because we don’t do Black pain, but to where our main character is still celebrated, still loved and lives her life the way that she wants to.”

The sixteen-year-old continued, “It’s just very fun and very exciting. We’re just bringing back the Disney Channel era that I grew up watching with That’s So Raven and Good Luck Charlie, the shows that I love, and I wanted to bring that back in a way where everyone can watch it, not just the kids, but the family. It’s our humor; I’m excited for it.”

Overall, just what types of projects does Martin foresee her company, Genius Entertainment producing in the long-run?

“I want to make sure that it is diverse and real in its own way,” she told THR. “I know a lot of people don’t like the word “authentic,” but I just love real stories that people can resonate with, even when it doesn’t resonate with you personally but you know a friend who’s dealt with that or families. And I love a good plot twist because it gets me every time, just something that is real and something that you can grow up watching, tell your kid’s kids about it and just having those moments because I mean, I love old school stuff. I’m an old soul, so I grew up watching the films that my grandma was watching. So having something like that to where my kid’s kids can watch something and still love it is something that I want to do.”

Marsai is unquestionably laying the foundation for a legacy of Black positivity in film and television that will last for generations to come.