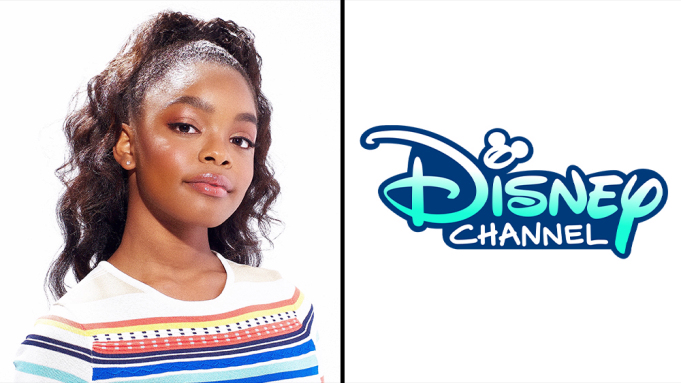 New comedy by Marsai Martin gets Disney Channel pilot order. According to Deadline, the new Disney Channel comedy is entitled, Saturdays. The pilot will be produced under the umbrella of the 16-year-old’s Genius Entertainment and writer-executive producer Norman Vance Jr. is set to direct.

“When we met with Marsai about this project, we couldn’t have been more impressed with her passion for diverse storytelling and commitment to female empowerment,” said Rafael Garcia, vice president, Development, Disney Branded Television.

He continued, “We’re extremely excited to team up with Norman and the Genius Entertainment team to tap into roller-skating culture in a way that’s truly both authentic and aspirational for our audience.”

Saturdays is “a single-camera comedy about a young girl and her competitive roller skating crew.” Deadline writes that the comedy is centered on Paris Johnson, portrayed by Danielle Jalade, a 13-year-old girl who has spent most of her life roller-skating.

Paris, who, since the age of four, has been honing her skills on the cool parquet floor of Saturdays, a local skating rink owned and operated by a former ’90s hip-hop back-up dancer. With its neon lights, galaxy-painted rink and killer D.J. spinning the latest music, Saturdays is the place to show and prove. Paris is the leader of a skate crew and is determined to take them all the way to the top. However, she has sickle cell disease, and when it flares up, it’ll take every ounce of determination to prove the doubters wrong, including her concerned family.

A post shared by Soul of a Nation (@soulofanation)

Martin is unquestionably keeping herself busy. If you missed it, the talented teen hosted the second episode ABC’s Soul of a Nation on March 9th. If you missed the episode, catch up now!

Congratulations, Marsai! We cannot wait to see what is next.