"I Just Don't Believe In Pausing" 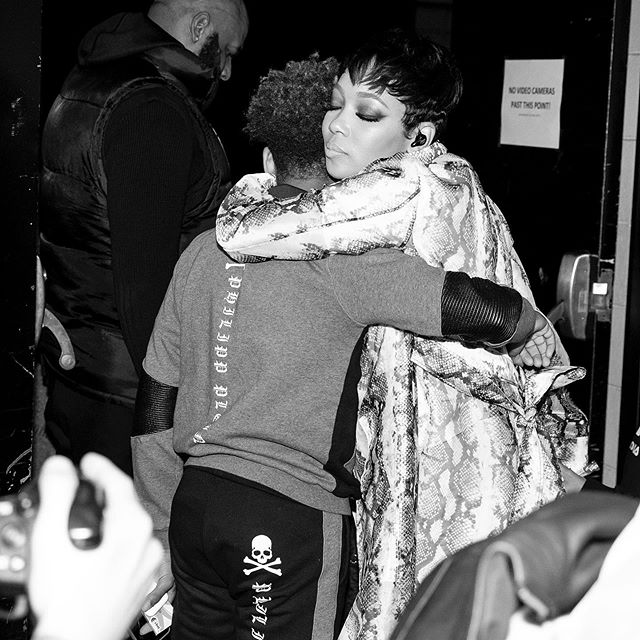 Monica Brown has been pretty silent about her impending divorce from Shannon Brown. Last week’s episode of T.I. & Tiny: Friends and Family Hustle, however, broke the seal off the package. Monica and her mother, Marilyn Best, were in a therapy session together when the celebrity mom began to delve into her feelings.

“I think a lot of my life changes have become so complex and difficult,” Monica revealed. “I had two children. I stayed in that relationship a long time, and he was a loss on both levels,” the celebrity mom said in reference to the father of her sons. “I finally met my husband and then I had my daughter, and it was good that he was athletic like the boys, so they had their own bond. And, then, now that’s a loss. It’s been some rough weeks these last few weeks,” Monica admitted.

Rumors about Monica and Shannon Brown’s separation started last year when fans noticed the celebrity mom uploading fewer pictures of her with her husband. The gossip gained even more credibility when fans saw that Monica was no longer wearing her wedding band in the pictures. Still, the singer tried to keep her personal matters away from the public sphere by uploading a few pictures of her and Shannon Brown together. The speculation of Monica’s separation from her husband, however, became factual once the ‘So Gone’ singer filed for divorce.

“Things in my personal life have been changing a lot, and it has not been easy,” Monica said during last week’s episode of T.I. & Tiny: Friends and Family Hustle. “My personal relationship is taking a major toll on me. I’m feeling it every day. I’ve been keeping everything to myself and I feel overwhelmed.”

The celebrity mom went on to say, “I’m everybody’s go-to, and I think it makes people think I’m pretending to be perfect when in actuality, I just don’t believe in pausing … Cause it’s like you pause and you get stuck.”

Getting “stuck” is not an option for Monica who relies on her children for motivation. “The faces of my children motivate me to do what seems to be the impossible on a daily,” the star mom shared on her Instagram page last week. “My kids gotta have money, not just me,” she added in a different post.

DEYJAH HARRIS HAD THE SUPPORT OF HER DAD T.I. AND 'TWO LOVING' MOMS AT HER GRADUATION