"That's Not What's Gonna Happen On This Trip" 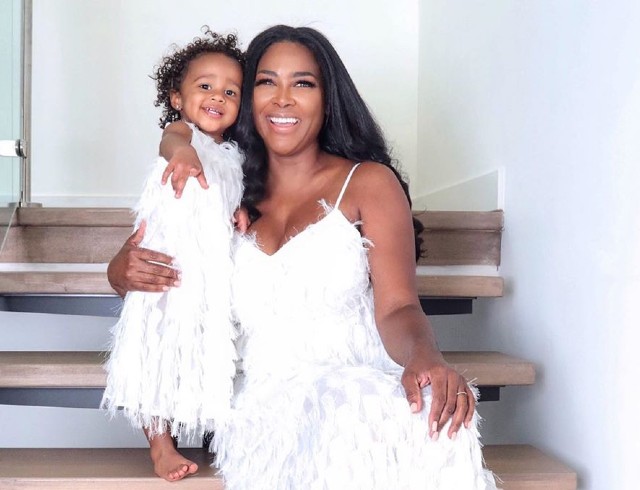 Kenya Moore stirred up a bit of drama during Sunday night’s episode of Real Housewives of Atlanta (RHOA). The celebrity mom brought her daughter, Brooklyn Daly, on the women’s trip to the Isle of Palms near Charleston, South Carolina, which angered Porsha Williams.

It was bad enough, according to Porsha and the other cast members, that Kenya chartered a private jet solely for her daughter, nanny, and LaToya Ali who co-hosted the trip along with Kenya. The other cast members traveled to Charleston by way of a charter bus, which took four or five hours to drive from Georgia to South Carolina. Brooklyn’s presence made matters worse because Kenya did not extend the invitation for the other women to bring their kids on the trip.

“The double standards? That’s not what’s gonna happen on this trip,” Porsha said during her interview segment during Sunday night’s episode. “The fact that Kenya brought her daughter and didn’t even extend the option to me, Kandi [Burruss], Drew [Sidora], Shamea [Morton] to bring our kids, that’s just wrong.”

Kenya Moore was ultimately unbothered by the women’s complaints. “I don’t feel bad about the ladies not being able to bring their children because I always brought my child on every single trip since I had Brooklyn,” Moore shared after the episode aired. “So, to me, that’s just a fact that I always bring her.”

Kenya also addressed her fellow cast members complaining about the charter bus. “It doesn’t make sense for all of us because once you get into your mid-size jets and your large jets, then it becomes $50,000. I’m not spending $50,000,” the RHOA star shared. “But if it means us getting there ahead of the girls and making sure Brooklyn is comfortable and the nanny, then I’m OK with that.”