"She's Better At This Than Most Adults" 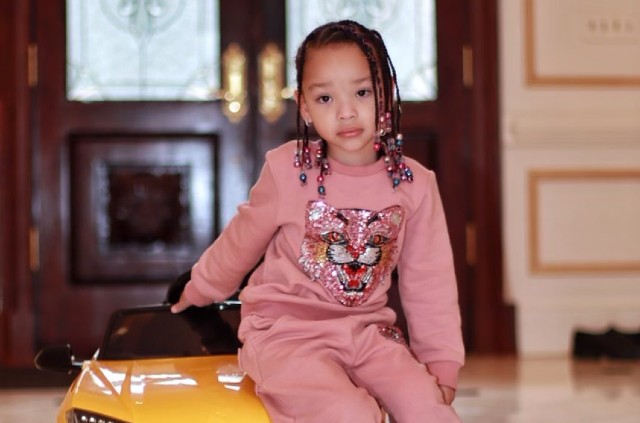 It was a weekend of T.I. and Tiny’s daughter, Heiress Harris, on TikTok and Instagram. Tiny Harris shared video clips of her youngest daughter doing what she does best: entertaining her fans!

One TikTok video featured Heiress singing. The 4-year-old’s vocal abilities were quite impressive given her age. “That baby can already sing,” one social media follower said after hearing a snippet of Heiress’s presentation. “That’s so wild,” the fan exclaimed. Another of Heiress’s supporters wrote, “She’s better at this than most adults.”

T.I. and Tiny’s daughter invited her fans to comment and give her video a thumbs up on TikTok. The youngster also told her supporters to share her clip with four of their friends because she was 4-years-old. “I gotta find my four friends,” one fan shared. “It only makes sense because she’s 4,” the social media follower added. “Yup, I’m about to befriend two more people for this total.”

Heiress has also delved into acting. Tiny uploaded a video of her daughter rehearsing for a part in which she would have portrayed a “brainiac” 6-year-old on camera.

“I had to find this video,” Tiny exclaimed. “The sounds sucks in the beginning cause my a** was covering the mic,” the celebrity mom exclaimed. “However, this was an audition that I was supposed to have her read for. This is two months after she turned 4 [years old]. The role was a lil brainiac 6-year-old. I couldn’t believe she learned this whole paragraph of big a** words only her daddy @troubleman31 would say.”

Heiress is well on her way to making a name for herself in show business. It was just the other week that the 4-year-old distinguished between vibrato and a straight note when prompted by her vocal coach.

Will T.I. and Tiny’s daughter become a singer or actress in the coming years? Fans will have to keep following Heiress Harris online to find out!