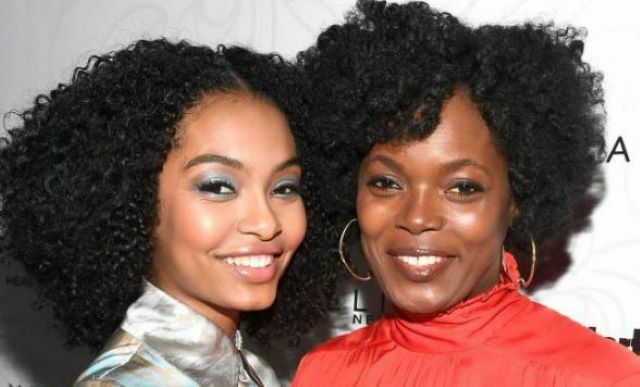 Yara Shahidi and her mom, Keri Shahidi are set to bring a new comedy, Smoakland, to Freeform via their production company, 7th Sun In Works.

On Instagram, the Grown-ish actress excitedly announced the special news, “IN CASE YOU WERE WONDERING WHAT WE’VE BEEN UP TO … Proud #TEAM7THSUNMOMENT.”

According to Deadline, Smoakland, which will be a single-camera comedy, from writer Jewel Coronel and Zahir McGhee, “centers around Oakland native Solo, the visionary of a budding cannabis company, who navigates family expectations, changing friendships, love, and her drive to break through the “grass” ceiling of the oft-closed terrain of the cannabis industry for herself and her community.”

Coronel and McGhee will also executive produce the project alongside Shahidi and her mom.

And of course, fans and fellow Tinseltown residents are more than exited at the news.

One Instagram user wrote, “@yarashahidi so ready for it, love to see black women in the limelight.”

Another chimed in, “Wow this is incredible.”

“So happy for you both!!!! Congratulations Sunshine!!!!” One super fan wrote.

However, just because Yara Shahidi is moving on to newer projects, doesn’t mean that “Zoey Johnson” is done with the crew from Cal U. Grown-ish continues with it’s second half starting January 21st.

In the premiere episode, “Public Service Announcement,” Zoey balances the demand of her work life and personal life after dropping out of Cal U to pursue her dream job while Jazz and Doug struggle with the rules of their relationship time-out.

So, what can viewers expect for the upcoming season? Well, season three of Grown-ish will follow the Cal U gang as they navigate the second half of junior year, preparing to enter the real world as Zoey begins to question her decision to drop out. She starts to wonder if life outside of Cal U is all the rage or if she herself still has some true growing-up to do.

Don’t forget to set your own personal reminder now because Grown-ish will premiere on Thursday, January 21st at 8pm ET/PT on Freeform!