Home » NEWS » ARE RAY J AND PRINCESS LOVE THINKING OF HAVING MORE KIDS?

ARE RAY J AND PRINCESS LOVE THINKING OF HAVING MORE KIDS?

"Princess Is Requesting More Of My Sperm" 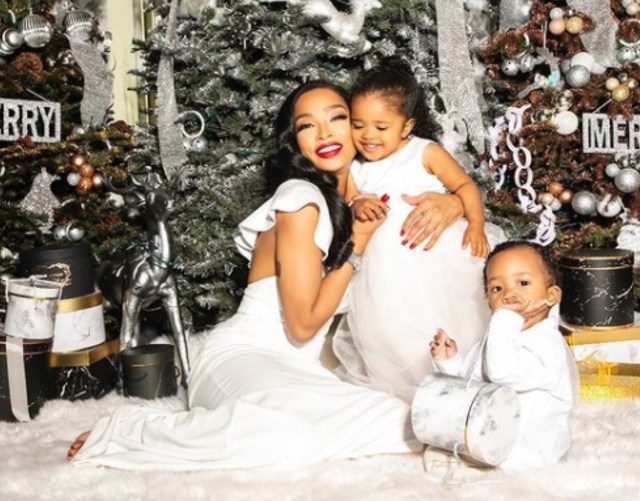 Are Ray J and Princess Love considering the notion of more kids? Maybe so, maybe no! The celebrity couple took Love and Hip Hop viewers and cast members by surprise during the brand’s ‘Secrets Unlocked’ episode, which airs next year.

The subject of discussion, which featured Karlie Redd along with Safaree and Erica Mena, was about men and their sometimes slowed responses to admit when they are wrong. Erica brought up the subject of kids during the conversation by revealing to the group that Safaree waited until they were married to tell her he did not want more kids beyond their daughter, Safire Majesty.

“All you need is sperm to get pregnant,” Princess said in response to Erica’s comment. Everyone in the group grew quiet with looks of shock on their faces. Ray J finally spoke after a few seconds of dismay.

“Princess is requesting more of my sperm,” the Love and Hip Hop: Hollywood (LHHH) star said of his wife with whom he already has two children. “You can put it in here,” Princess said to her husband while holding up a bottle. “You know we can’t do it the traditional way,” the LHHH star added. “Me and Ray haven’t had sex in over three months,” Princess revealed to the group.

Ray J and Princess Love’s marriage has been on the rocks for over a year. Things drastically went South after the family’ trip to the 2019 Soul Train Music Awards in Las Vegas.

Princess was heavily pregnant with Ray J’s son at the time and accused the recording artist of abandoning his family to hang out with strippers. Ray J refuted such claims with an Instagram Live video. Still, the entrepreneur reportedly lost $2 million in business deals because of the scandal.

Princess told her social media fans in a revealing Instagram Live video that she wanted a divorce from Ray J. “This is not love,” the LHHH star said at the time.

Ray J and Princess Love have a son, Epik Ray Norwood, and a daughter named Melody Love together. Love and Hip Hop’s ‘Secrets Unlocked’ episode airs on VH1 on January 4, 2021.

NE-YO, WIFE AND KIDS POSE IN SWEET FAMILY PHOTOS: 'THIS IS US'