Home » NEWS » TISHA CAMPBELL THANKFUL FOR KIDS’ SUPPORT AFTER DIVORCE FROM DUANE MARTIN: ‘I HAD $7 TO MY NAME’

TISHA CAMPBELL THANKFUL FOR KIDS’ SUPPORT AFTER DIVORCE FROM DUANE MARTIN: ‘I HAD $7 TO MY NAME’ 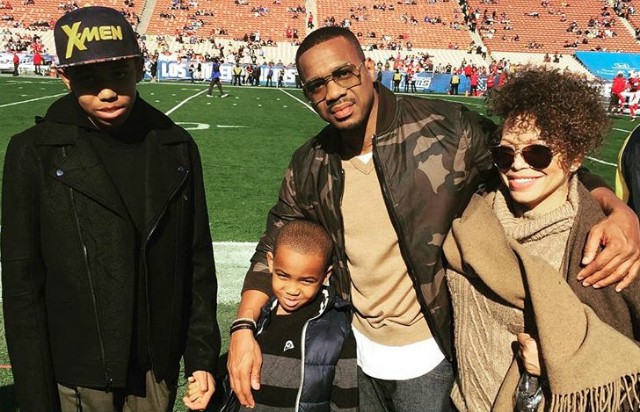 Tisha Campbell is grateful to her kids, Ezekiel and Zen, for supporting her after divorcing Duane Martin. The celebrity mom recently told Kevin Frazier of Entertainment Tonight (ET) how she managed to survive marriage dissolution, thanks to her sons.

“Nothing,” Tisha shared. “No one knows that but I had nothing,” Campbell added. “Nothing in the bank. Nothing. I had maybe $7 to my name and I was scared. It was like I was starting all over.”

Tisha Campbell and Duane Martin finalized their divorce in 2018 after more than 20 years of marriage. The marriage dissolution came two years after Tisha and Duane filed for bankruptcy.

“The fact that I did raise children who didn’t care about the big mansion that I had or that we had to start over or any of it,” an emotional Tisha shared with Kevin Frazier. “Starting over is not always the easiest thing, but it is the necessary thing. It’s a beautiful devastation,” the actress explained.

Tisha Campbell has gotten into various ventures since starting over with her kids. The celebrity mom often shares the finished work of her interior design projects and has advertised for brands on Instagram with the help of her sons.

“I’m the happiest I’ve ever been,” Campbell told Frazier when asked if she was looking to build another intimate relationship in the near future. “I don’t want a relationship,” the celebrity mom declared. “So don’t ask me that sh*t no more,” Tisha joked.

KEL MITCHELL AND WIFE SHARE PHOTOS OF THEIR NEWBORN SON

NICKELODEON AND TIME MAGAZINE'S "KID OF THE YEAR" AIRS TONIGHT!

NICKELODEON AND TIME MAGAZINE'S "KID OF THE YEAR" AIRS TONIGHT!