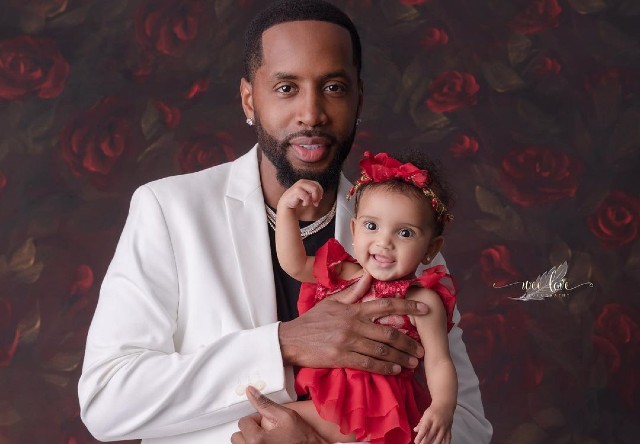 Safaree Samuels took to his Instagram on Sunday to share an adorable photo of him and his daughter posing for the camera. In the snap, little Safire can be seen wearing a red dress as she smiles for the camera.

“Does @safiremajesty look like Mommy or Daddy ? Are my genes trash??? Did I lose the battle,” Safaree asked his followers.

While some fans shared that they thought that Safire looks like her mom Erica Mena, others commented that she looks like a blend of the two.

“I think Erica got it, but she’ll have your heart,” one commenter said.

“Perfect blend of you both,” another commented.

“She so beautiful,” another wrote.

Safaree, who is of Jamaican descent, says that though his daughter may not look like him, she “is definitely Jamaican. Think she was 4 or 5 months here. Anytime i play Peter tosh “Oh bumboaatt” she stops crying.”

Safaree and Erica Mena welcomed their baby girl in February.

“She is the perfect mix of her daddy and I,” Erica told her social media fans when announcing her daughter’s birth. “She was made with so much LOVE,” the celebrity mom gushed. “I wanted to share this with all her internet aunties who actually send real love her way.”

Safire is the first child for Samuels, while Mena is also mom to 13-year-old son King from her previous relationship with Raul Conde. You can catch Safire in her father’s latest music video for his song ‘Credit’ here!