"Already Know That Baby Is So Pretty" 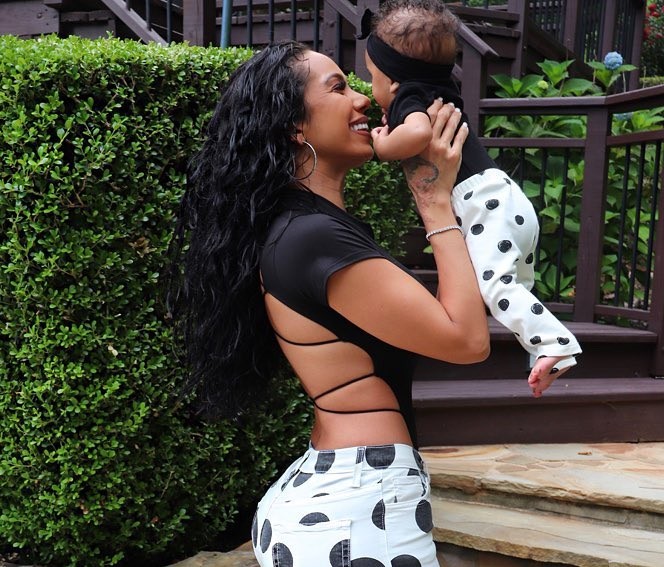 Erica Mena and Safaree are ready to show fans a glimpse of their baby girl! Erica shared new candids of her daughter earlier this week.

One picture of Erica and her daughter showed the celebrity mom smiling while giving her little one kisses. Erica did not let the camera get too close to her daughter. Fans, nevertheless, got to see the side of the little one’s face.

Can you believe it’s almost her half birthday already ✨She’s perfection. A perfect blend of us both🌹 S.M.S 🌹 Photograph by the one and only @mr_guerra

“Already know that baby is so pretty,” one fan said in great anticipation of seeing Erica Mena and Safaree’s daughter in full view. “I feel like baby girl looks like her daddy,” another social media follower shared.

Safaree and Erica Mena welcomed their daughter last October. The couple’s daughter made her father sweat as Safaree was in the middle of a show when Erica went into labor. The celebrity father moved heaven and Earth to ensure that he was present when his wife gave birth.

“These past 24 hrs have been an adventure to say the least,” Safaree told his social media fans after his wife welcomed their daughter. “I’m a part of the #girldad club now,” the Love and Hip Hop: New York (LHHNY) star declared. “Perfection is here,” Safaree told his fans.

Erica Mena and Safaree gave social media followers the opportunity to get a glimpse of their daughter this week. Fans will have to wait to learn what the celebrity couple decided to name their baby girl.