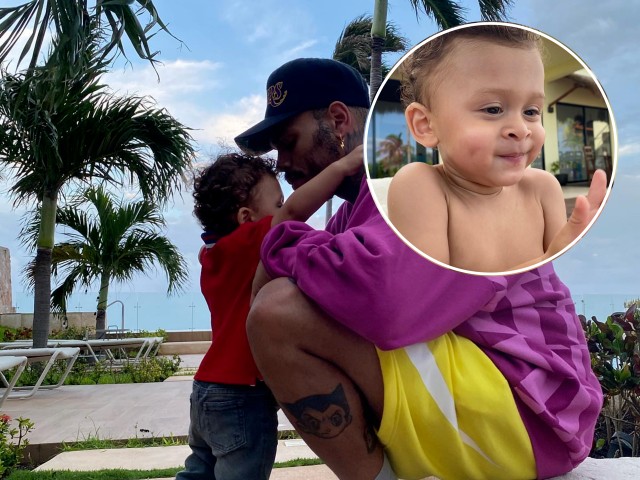 Chris Brown and Ammika Harris’ son turns one today (November 20th). Ahead of his birthday, the parents took to their respective social media pages on Thursday to share a series of adorable photos of the birthday boy. In one of the photos, Aeko can be seen hugging his daddy. Chris simply captioned the snap with a heart emoji.

Chris and Ammika are rumored to be spending time in Tulum, Mexico with their baby boy. After months of being apart due to the travel restrictions and lockdowns resulting from the COVID-19 (coronavirus) pandemic, Brown reunited with his ex-girlfriend and their son in October. The trio were in Europe for some days before traveling to Mexico.

After a secret pregnancy, Chris Brown and Ammika welcomed Aeko into the world on November 20, 2019. Although the former couple broke up before Aeko’s birth, Chris Brown and Ammika have since maintained a friendly relationship. Aeko is Ammika’s first child and Chris Brown’s second. He also has a daughter, Royalty Brown, whom he shares with his ex-girlfriend Nia Guzman.

On Friday, Royalty took her own Instagram to send birthday wishes to her little brother. The 6-year-old shared a video of the two with the caption, “Happy birthday Aeko! #BigOne”.

In the clip, Royalty can be seen dancing while Aeko stares into the camera with a confused look on his face.

Ammika also took to her Instagram to share a throwback photo of her son. She simple captioned, “I love you AEKO”.

BOBBY BROWN AND FAMILY ARE 'DEVASTATED' AFTER SON'S DEATH