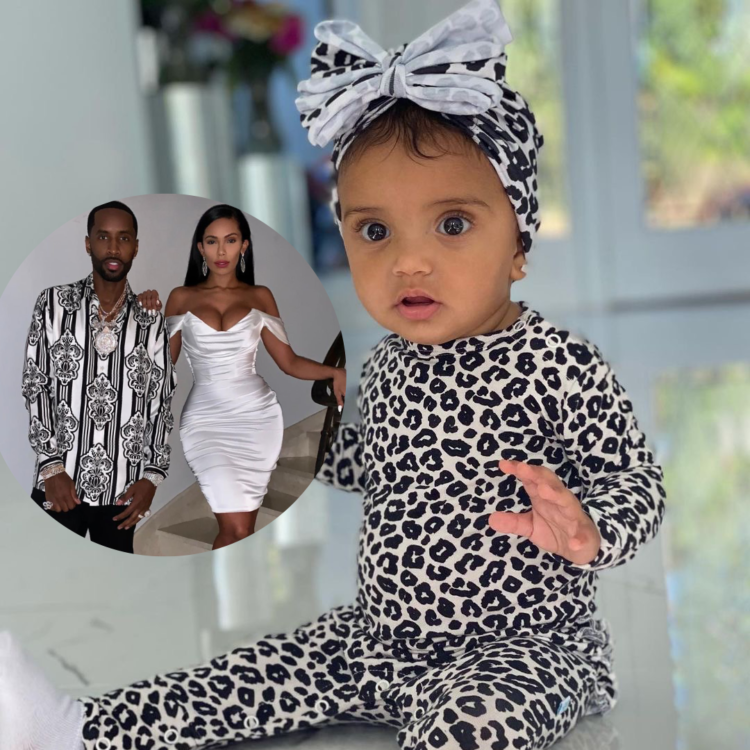 Introducing Safire Majesty! Erica Mena has shared the first photo of her daughter with Safaree. The reality star took to Instagram earlier today to share a series of photos of her baby girl. “The BEST part of 2020. My Safire Majesty,” She captioned.

Safaree and Erica Mena welcomed their daughter in February.

An overjoyed Safaree took to his Instagram to share the happy news. He wrote, “These pass 24 hrs have been an adventure to say the least!! I’m a part of the #girldad club now. Perfection is here”

Love & Hip Hop: New York gave social media followers the opportunity to get a glimpse of their daughter in July.

The couple got engaged in December 2018 and married October 7, 2019, but it looks like they are heading for a divorce. Safaree took to his Instagram today to share a photo of himself standing next to a sports car with the caption, “BACHELOR‼️ Ending 2020 right ‼️”.

In addition to Safire, Erica has a son from a previous relationship.

TEYANA TAYLOR AND IMAN SHUMPERT'S DAUGHTER IS A BRAIDED BEAUTY

TEYANA TAYLOR AND IMAN SHUMPERT'S DAUGHTER IS A BRAIDED BEAUTY