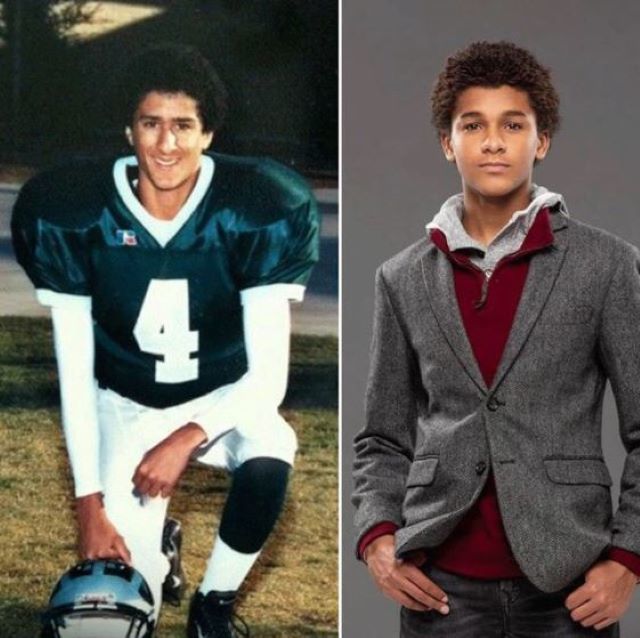 Colin Kaepernick has had one amazing life’s journey and famed Ava DuVernay is about to bring that story to life through an upcoming Netflix series entitled, Colin in Black & White.

And of course, the athlete turned activist never thought that he’d be casting someone to play him as a young man.

I never thought I would be casting a young me in a show about my life. I can’t wait for the world to see @ItsJadenMichael be an all-star on @netflix #ColinInBlackAndWhite @ava pic.twitter.com/ygb4F4kgM5

“I never thought I would be casting a young me in a show about my life,” Kaepernick tweeted. “I can’t wait for the world to see @ItsJadenMichael be an all-star on @netflix #ColinInBlackAndWhite @ava.”

Jaden Michael will star as the young Kaepernick during his high school years.

“Its happening!” the talented teen posted on Instagram. “The very well deserved biopic of the amazing @kaepernick7 directed by @ava thanks to @netflix is coming to your screen in the near future! I couldn’t be more ecstatic to tell the story of the Legend, the Leader, the All-Star, Collin Kaepernick. Thank You! ✊🏽”

If Michael looks familiar, you have definitely seen him before. He has been featured in the Netflix series The Get Down, along with the films Wonderstruck and Paterson, and television shows Blue Bloods and Gotham. Most recently, Michael starred in the comedy Vampires vs. The Bronx.

DuVernay’s series will take an in-depth look at the Kaepernick’s life growing up.

“With his act of protest, Colin Kaepernick ignited a national conversation about race and justice with far-reaching consequences for football, culture, and for him, personally,” DuVernay in a statement back in June when the project was first announced. “Colin’s story has much to say about identity, sports, and the enduring spirit of protest and resilience. I couldn’t be happier than to tell this story with the team at Netflix.”

Kaepernick will narrate the series as himself.

“Too often we see race and Black stories portrayed through a white lens,” Kaepernick also said in the statement that was released in June. “We seek to give new perspective to the differing realities that Black people face. We explore the racial conflicts I faced as an adopted Black man in a white community, during my high school years. It’s an honor to bring these stories to life in collaboration with Ava for the world to see.”

Colin in Black & White isn’t the only project that Kaepernick has in the works. Later this year, there are plans to release a memoir, under the umbrella of his publishing house, Kaepernick Publishing, about his decision to protest.

“Why did I do it? Why did I do it at that moment? Why wasn’t it earlier in my career? A lot of questions surrounding what led me to that point. Which led me to wanting to share that story and give insight,” the athlete-turned activist revealed earlier this year.

We cannot wait on Colin in Black & White and the new memoir to get to know more about this amazing young an who has become the voice of many.