Home » NEWS » GABRIELLE UNION, DWYANE WADE AND THEIR DAUGHTER WANT YOU TO VOTE 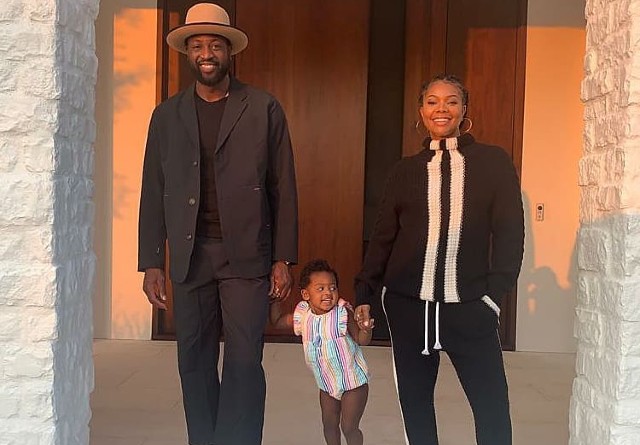 Actress Gabrielle Union and her husband, NBA legend Dwyane Wade have already voted in the 2020 Election, and now they work to encourage others to vote as well.

Although their 1-year-old daughter Kaavia Wade still has 17 years to go before she is eligible to vote, even she is spreading the word about voting. In a recent post on her own Instagram page (which her parents run), they posted an adorable photo of Kaavia wearing a green tropical-pattern dress with sunglasses that spelled “VOTE” on the lenses. The post’s heading read “Vote hate out” and the caption said: “Chile, you ain’t said nuthing but a word! #VOTE.”

A GIF on Gabrielle Union’s Instagram shows her, Dwyane, and Kaavia dancing in their Sunday Best. The heading for the post reads “Early voting” and she captioned the post with “🖤🖤🖤.”

In her quest to get people to vote, Gabrielle Union recently joined iHeartMedia’s “Why I’m Voting” campaign, and in a short video, Union explained her reasons for voting and why anyone who can, should vote as well. She doesn’t explicitly say who she is voting for, but it’s clear that her vote is for Former Vice President Joe Biden since she says “what we have now isn’t working.”

“Hi, this is Gabrielle Union, and I’m voting this year because I believe we need dramatic change,” said Union. “We need new leadership that values EVERY one of the citizens of the United States of America. Who believes in equality, who believes in protecting the sanctity and safety of ALL of our citizens. ESPECIALLY the most marginalized of us,” she continued. “What we have now isn’t working. I’m voting for change.”