"They Are So Beautiful" 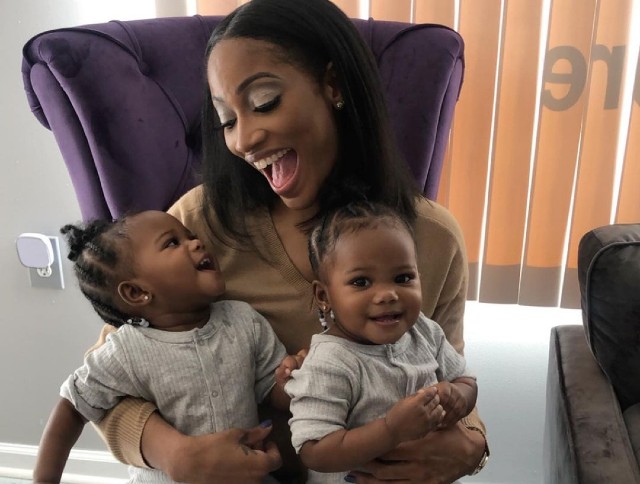 Erica Dixon has a trick to help her tell her twins, Embrii and Eryss, apart from one another. The Love and Hip Hop: Atlanta (LHHATL) star recently revealed one of her daughters is “bigger” than the other, which is how she distinguishes the two.

“They are so beautiful,” one fan exclaimed in response to Erica Dixon posting a candid of her twins. “Do you get them mixed up sometimes or you,” the social media follower asked. “How can you tell them apart they look so much alike,” the fan further inquired.

Erica replied by telling the supporter, “I did [get them mixed up] the other day because they were looking down,” Dixon shared. “[I] thought I was picking up Eryss when it was Embrii,” the celebrity mom revealed. “I knew [as] soon as I lifted her. She’s much heavier.”

Erica Dixon welcomed her twin daughters last year. Many questioned the identity of Eryss and Embrii’s father. Erica, however, has remained silent on the matter.

One fan had the audacity to attack Dixon for not showing the face of her children’s father. “They would be great if they had their father around them,” the critic said. Erica responded to the troll by saying, “They will be great regardless bruh and he is around … you just will never see him. Release some of that pressure sweetheart.”