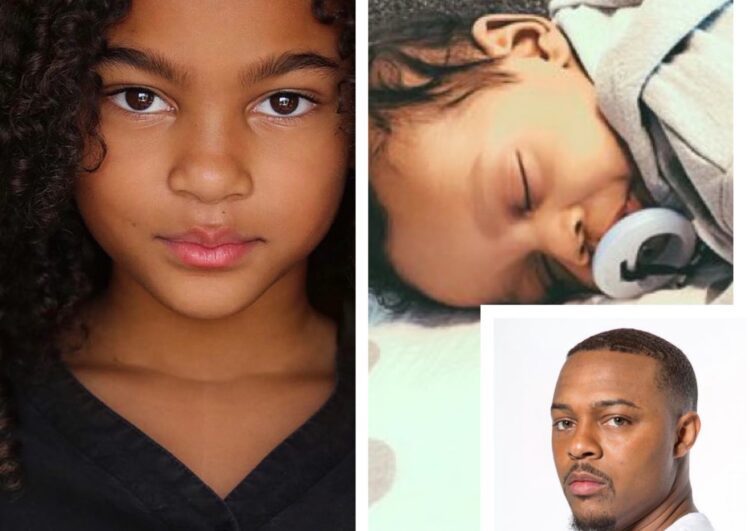 One candid showed Moss’ daughter, Shai Moss, who looked absolutely stunning in the picture. Shai looked square into the camera’s lens for an intense shot that placed all of her beauty on display. “The love between a father and daughter knows no distance,” Bow Wow captioned underneath the post. Shai presently resides with her mom, Joie Chavis, in Los Angeles while Bow Wow lives in Atlanta.

The love between father and daughter knows no distance ❤️ @_shaimoss #girldad

“She’s getting big,” one fan said after seeing the picture online. “She is so beautiful,” another social media follower shared.

Shad Moss also doted on his son who he recently learned about from model Olivia Sky. Bow Wow shared a candid of his little one while also joking about his son’s energy. “Bro, the way you was (sic) crying last night made no sense,” Bow Wow tweeted after seeing his son.

Bro the way you was crying last night made no sense! OMG!!!! 😂 pic.twitter.com/1dT9TJnh2Z

It was just a few weeks ago that Bow Wow responded to allegations of him fathering a son with Olivia Sky. “Dealing with my own demons,” the recording artist shared in a social media post. “I’m finally letting you guys in,” Bow Wow added. “[I] don’t do interviews really but I put my life in my music,” Shad Moss revealed. “The answers are there if you LISTEN carefully.” Listening carefully ultimately revealed Bow Wow’s message of him fathering Olivia Sky’s son.